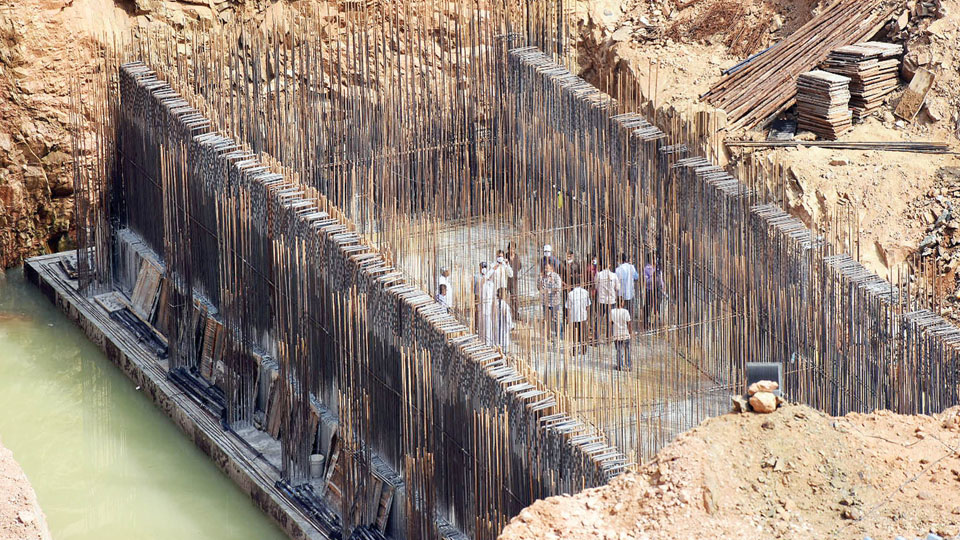 IISc. scientists recommend increase in volume from 300 MLD to 900 MLD

Mysore/Mysuru: The capacity of Rs. 545-crore Hale Unduwadi Drinking Water Project that is on in full swing has been increased from the present 300 Million Litres per Day (MLD) to 900 MLD based on the suggestions from scientists from the Indian Institute of Science, Bengaluru. Works are on as per IISc. recommendations.

The project aims at supplying drinking water to Mysuru City and 92 villages around it. The first phase of the project is being taken up at an estimated cost of Rs. 350 crore while remaining funds will be released in stages.

The original project aimed at supplying 300 MLD water from River Cauvery in addition to the 250 MLD being supplied to the city at present. Based on the IISc. recommendations, the capacity has been increased to 900 MLD keeping in mind certain project technicalities, cost viability and also to cater to the future needs.

In their visit to the project site this morning, Mysuru-Kodagu MP Pratap Simha and Chamundeshwari MLA G.T. Devegowda said that the project was intended to be implemented in three phases. While the jackwell and stilling basin had the capacity of 300 MLD, the draught canal had a capacity of 900 MLD.

The Karnataka Urban Water Supply and Drainage Board (KUWS&DB) submitted the project for technical suggestions to the IISc. where suggestions were made to increase the capacity of jackwell and stilling basin to 900 MLD (full capacity) instead of the existing 300 MLD.

“Scientists from the institute studied the project in depth and have made the recommendations. This would avoid future expenditure and also be economically viable apart from being a technically sound project,” the MLA and MP reasoned. The IISc. scientists have made changes in the design of the project accordingly and have finalised the entire project design and requirements to cater to 900 MLD. This would be a permanent drinking water project to Mysuru and surrounding villages. As the root design has been changed to accommodate the pumping of 900 MLD water, the cost has now escalated to Rs. 590 crore from the existing Rs. 545 crore. “A proposal has already been submitted to the KUWSDB that has to approve the project,” they added. Regarding the progress of the project, the visit revealed that the raft concreting works of the jackwell at Hale Unduwadi has been completed and mud is being excavated for the stilling basin.