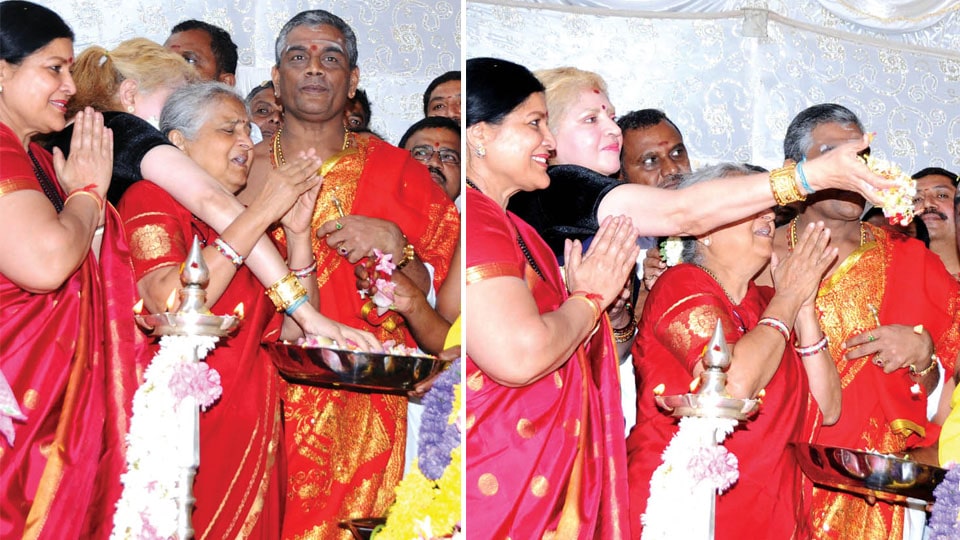 An allegedly uninvited guest at the Dasara inauguration kept the District Administration officials on their toes this morning.

Wearing a bright-coloured saree, the guest was dominating the show, so much so that the main guest Sudha Murty had to face discomfort while showering flower petals on the idol of Goddess Chamundeshwari.

Officials had no clue about that particular person and they assumed her to be Sudha Murty’s friend or somebody from Infosys Foundation.

Later, the Deputy Commissioner told SOM reporter that the lady in question was not in the guest list.