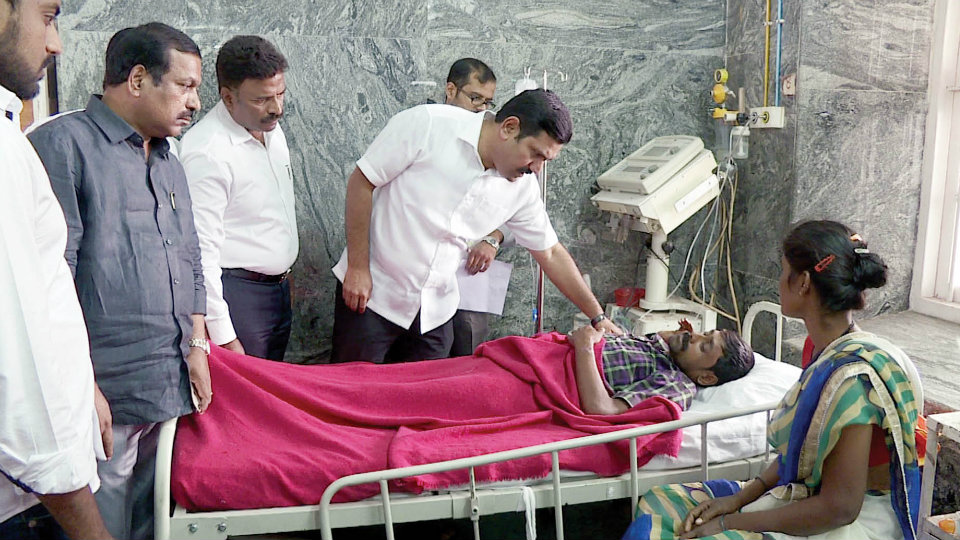 Expressing grief over the incident in which atleast 14 devotees lost their lives, Vijayendra  urged the Government to set up a task force at the District and Taluk levels to tackle any tragic incidents and other calamities.

Maintaining that Rs.5 lakh compensation to the families of victims was not enough, he wanted the Government to hike compensation to Rs.10 lakh and also provide job to a family member of the victims.

He also demanded that the Government should adopt children who have become orphans in the tragic incident.

Meanwhile Madaiah, one of the victims who is undergoing treatment in K.R. Hospital, was shifted to Columbia Asia Hospital on Monday after his condition got worsened, it is learnt.