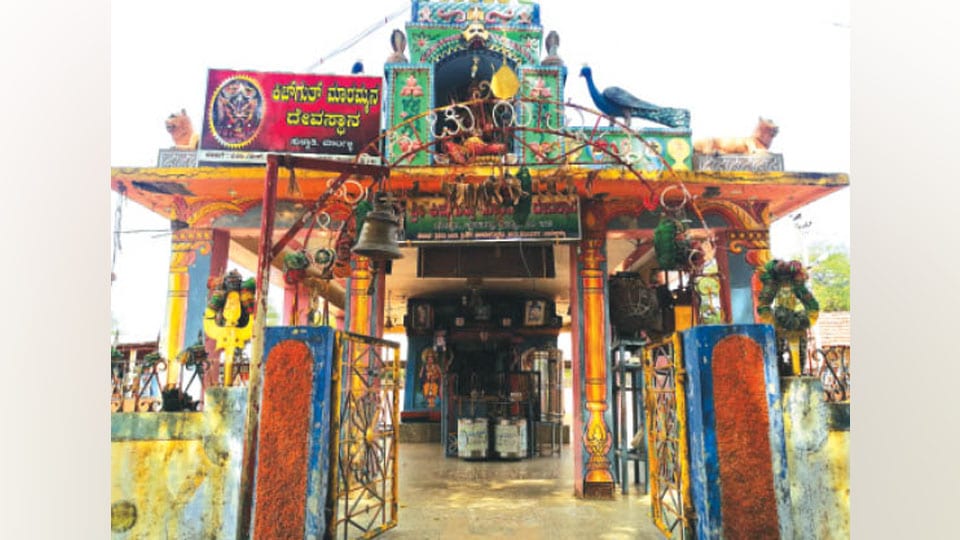 Mysuru: The Bhrashtachara Nirmoolana Samiti, Mysuru, has demanded confiscation of all properties owned by the accused in Sulwadi Temple tragedy case, in which 17 people lost their lives after consuming poisoned prasadam offered at Kichguth Maramma Temple in Sulwadi of Hanur taluk in Chamarajanagar district on Dec.14.

Addressing a press meet here yesterday, Samiti General Secretary Rajesh Gadi said that the tragedy was much of an act of domestic terrorism.

Urging the Government to confiscate all the properties of the four accused — Immadi Mahadevaswamy, Ambika, Madesh and Doddaiah, he said that the Government should distribute the revenues earned from disposing off the confiscated properties, among the family members of the victims.

Seeking a quick trial of the accused, Rajesh Gadi demanded that all the four accused be awarded capital punishment, considering the heinous nature of the crime.

Appealing the advocate fraternity not to provide legal aid to the accused, he said that the Samiti was preparing to file a plea in the Court seeking confiscation of all properties of the accused. The family members of the victims can call Mob: 99723-39292 for any legal assistance, he added.