Home » News » He opens the ATM machine with ease, within seconds 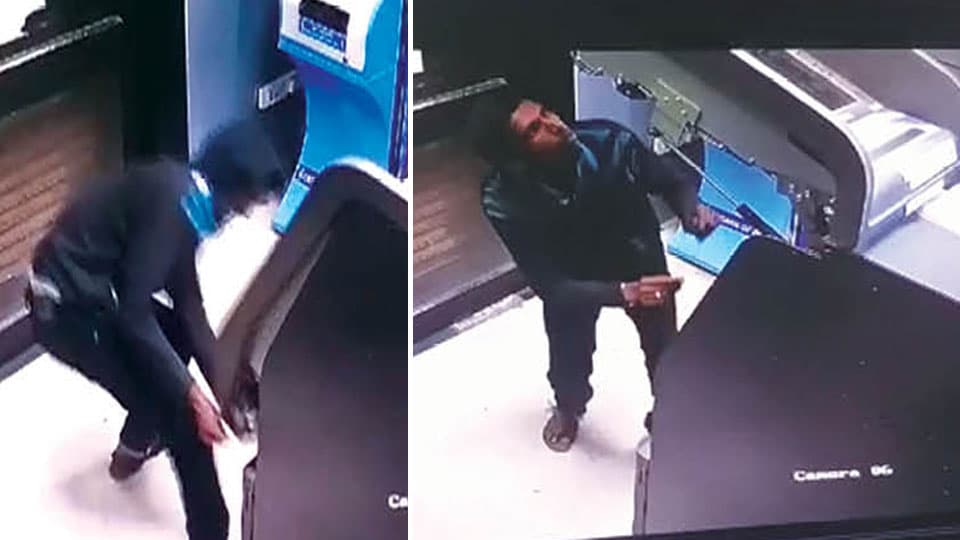 He opens the ATM machine with ease, within seconds

Mysuru: A daring ATM theft was captured on CCTV camera where the thief is seen opening the machine with ease and expertise. The criminal has, however, been arrested and being probed.

The theft took place on Oct. 31 at the State Bank of India Automated Teller Machine (ATM) on Ashoka Road, in the heart of the city. A complaint was lodged by the manager of the bank on Nov. 1. Investigating the case, the Lashkar Police Station sleuths examined the CCTV camera and found a man entering the ATM and opening the front cover of the machine.

Twisting some hinges and pulling the knobs, the thief was able to open the machine within seconds. The thief looked like a professional who knew a lot about the machine. After opening the front cover, the criminal opens the inner parts of the machine. However, it is not clear that if he managed to steal the cash from the chest.

On the night of Oct. 31, the Lashkar Police had rounded off one person from Ashoka Road who was moving in a suspicious manner. He was brought to the Police Station for enquiry. The person told the Police that he was hearing impaired.