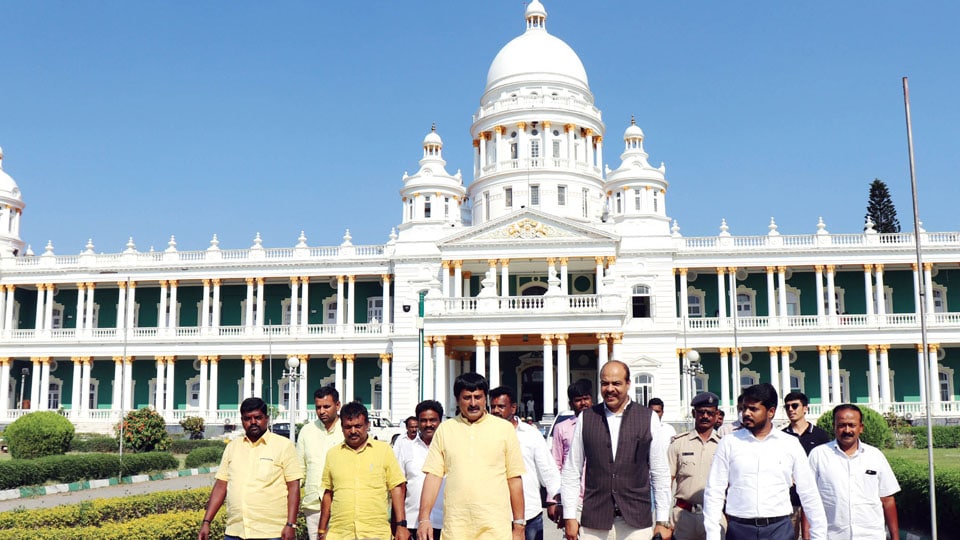 Mysore/Mysuru: It’s official. The State Government will launch its ambitious Heli Tourism in Mysuru and connect it with other tourist destinations from the Lalitha Mahal Helipad considering the close proximity to city, access to wider roads and other facilities. As part of the Heli Tourism Circuit, Mysuru will be linked with other destinations like Hampi, Jog Falls, Mangaluru and Udupi.

Yesterday afternoon, a team of pilots from Hindustan Aeronautics Limited (HAL) Bengaluru and a team of technical experts visited the Lalitha Mahal Helipad and were satisfied with the facilities available there. The team had come to Mysuru based on the request from Minister for Tourism, Ecology and Environment C.P. Yogeeshwar,  who is keen on launching Heli Tourism.

“For the Heli Tourism project, we will set up two heliport facilities at Bangalore Palace Grounds in Bengaluru and at Lalitha Mahal Helipad in Mysuru. We have spoken about the issue to Pramoda Devi Wadiyar of the erstwhile Mysuru royal family and she has consented to this proposal. Facilities will be established for maintenance of the flying machines along with rehaul facilities and provision to park four to five choppers,”  he said.

Last evening, Minister Yogeeshwar participated in a tourism stakeholder meeting at Lalitha Mahal Palace Hotel where he had an interaction with the heads of Travels, Tourist Guides and Yoga associations. The Minister felt the need of marketing Mysuru’s Unique Selling Proposition like heritage, culture, yoga, music and traditional cuisine.

“Sometime back, the Government has constituted a Cauvery River Tourism Development Authority (CRTDA) to develop tourism-related infrastructure in Mandya, Mysore, Chamarajanagar and Kodagu districts and the Authority was tasked with developing tourism from Bhagamandala in Kodagu to Hogennakkal Falls, along the path of the Cauvery,” Yogeeshwar claimed.

The Cauvery basin would become a tourist paradise if we provide good infrastructure at the towering hills, monuments, temples, palaces and wildlife sanctuaries, the Minister added.

Yogeeshwar said that the Tourism Department was keen on developing a ‘Brand Mysuru ‘ in order to market the tourism potential in the region and its unique products like Mysuru Sandal, Mysuru Silk along with the tourist attraction which had lost its sheen lately.