Home » News » Help me get back my hubby: Woman to Police 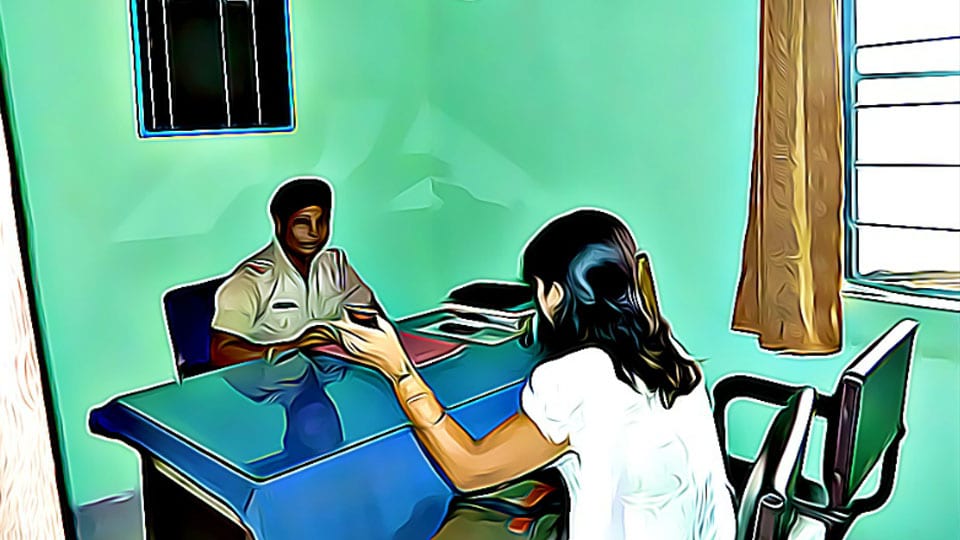 Help me get back my hubby: Woman to Police

A woman from Bengaluru is said to have sought help from Mysuru Police to get back her husband.

The woman, identified as Navya A.K. Urs, from Malleshwaram, Bengaluru, arrived at Lakshmipuram Police Station here yesterday and complained that her husband Vinod Urs was missing for the last couple of days.

She alleged that Vinod was staying at the house of one Puttaswamy in Lakshmipuram Police limits based on a confirmed report. She pleaded with the Police to send Vinod with her.

The Police, based on information provided by Navya, summoned Vinod to the Police Station and on investigation, learnt that the couple had a tiff and Vinod had left the house in Bengaluru and come to Mysuru.

During counselling by the Police to patch up the marital discord, Vinod was said to have told the Police that he was unwell and assured to come back after getting treatment from a hospital on Narayana Shastri Road but failed to turn up till late in the evening, according to KR ACP C. Malik who hopes to get Vinod back and counsel   the couple.