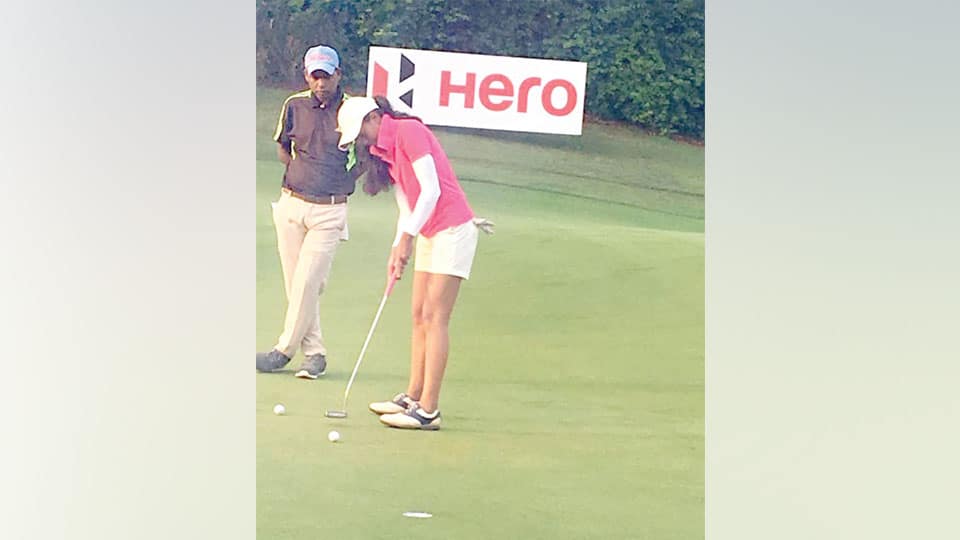 Amandeep, Pranavi tied in second place after round two

Ridhima Dilawari with a two-day aggregate score of 141 (71+70) emerged as the sole leader after two rounds on the second-day of the three-day Hero Women’s Pro Golf Tour 2020’s first leg played at Poona Club Golf Course on Thursday. Amandeep Drall (73+70=143) and Mysuru’s amateur golfer Pranavi S. Urs of JWGC (70+73=143) are tied with the same aggregate score and are jointly placed second.