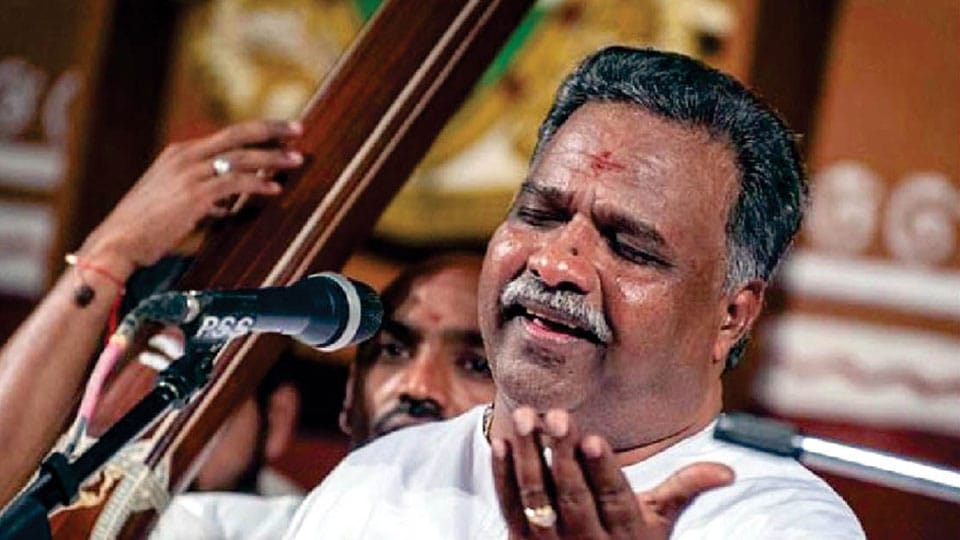 He will be accompanied by Pt. Gurumurthy Vydya on tabla and Pt. Veerabhadraiah Hiremath on harmonium.

Profile: Pt. M. Venkatesh Kumar, when he was 12 years, joined Puttaraja Gawai’s Ashram and learnt Hindustani vocal in the Gwalior and Kirana gharana styles under Gawai for 12 years. Kumar blends these styles effortlessly in his presentations, though he admits to influences beyond these gharanas, chief among them being Bade Ghulam Ali Khan of the Patiala gharana. His guru was also trained in Karnatak Music and as a result, there are traces of Karnatak elements, especially in his sargam patterns, in Kumar’s music.

Pt.Kumar got his first break in 1993, 14 years after he left the Ashram. He received a telegram-invitation from the great Pandit Bhimsen Joshi to perform at the Sawai Gandharva Sangeeth Mahotsav in Pune. On that occasion, Venkatesh Kumar had sung raag yaman and raag shankara. He had established a significant local reputation by then, but the performance in Sawai was the first step towards national exposure. However, he had to wait for almost another ten years before he became a regular on the national festival circuit. Since then he has featured in many national musical programmes and has been an “A” grade artiste of All India Radio (AIR) since 1988.

He taught music at the Karnataka College of Music, Dharwad, for 33 years and took retirement in 2015. He is the recipient of several Awards.

NOTE: Admission for the event is through donor pass.