Home » Columns » Abracadabra By K. B. Ganapathy » Hindutva lost and found in Maharashtra 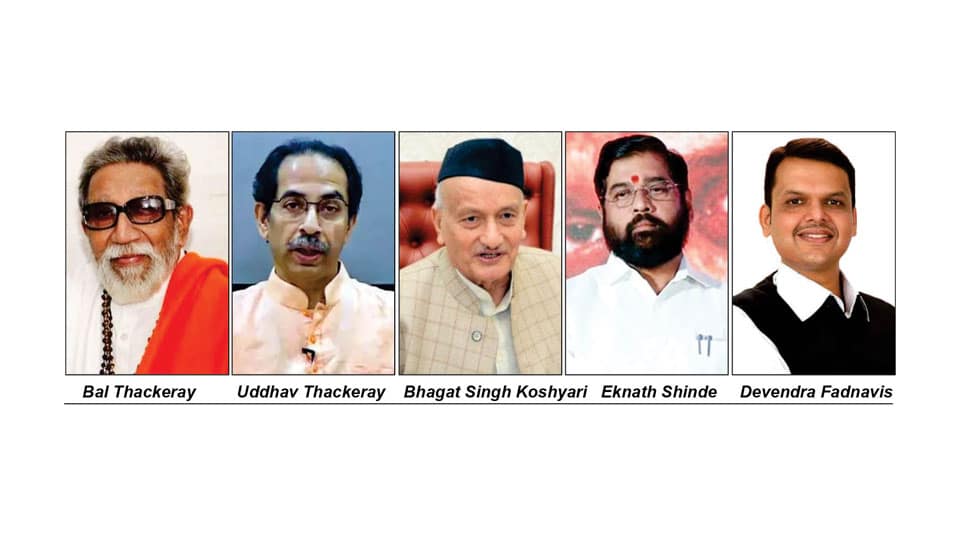 Hindutva lost and found in Maharashtra

It is unfortunate and very dangerous for the survival of Democracy if this trend of pre and post election alliances among the political parties are allowed under the law to enable formation of Governments where no party gets the magic number required under the law to form the Government.

As a result, today we see political parties with incompatible ideology and manifesto, parties that are like water and oil which will not mix no matter what you do or like snake and mongoose that are natural enemies, coming together to manipulate the democratic process only to capture power. They are like man-eater tigers. Having tasted human blood once, this predator becomes a man-eater. Likewise, a normal man or a normal political party after once tasting the political power acquires natural urge to compromise on the ideology and principles on which its members get elected.

According to a report in The Hindu of today, Uddhav Thackeray said in an address (after resigning as Chief Minister and as MLC), “Those who were promoted by Sena Founder Balsaheb Thackeray are trying to pull down his son from the CM post. I asked them to come and sit in front of me to discuss. They said they have numbers and that’s the Democracy for them, then, I am not interested in Democracy that believes in headcount.”

According to PTI, rebel Shiv Sena Minister Gulabrao Patil said Chief Minister Uddhav Thackeray has left ‘Varsha’ (Chief Minister’s official residence), he left 52 MLAs, he left everyone, but he is not ready to leave Sharad Pawar.

In retrospect, there seems to be a lot of truth in what Gulabrao Patil  had said. Was it not Sharada Pawar who acted as a go-between to bring the Congress and Shiv Sena together to form the Maha Vikas Aghadi (MVA) coalition?

Now let us think of the country that is long used to foreign rulers — by Muslim invaders and British traders. The people of India seem to be still vulnerable to their old masters’ voice that emanates from the lips of the new masters with the same DNA and culture of the voters.

I am reminded of a book, written by that Brown Sahib of an Indian scholar Nirad C. Chaudhuri, titled “The Continent of Circe.” I have not read the book but read the review. It is an essay on Indians but pro-British. While every Englishman took pride in asserting “right or wrong, my country,” this author did not think of his country India that way and he had his own reasons. And some of those reasons we can find in what has happened in today’s Maharashtra politics.

By the way, Circe is an enchantress and a Goddess in Greek mythology. She had the ability to tap and manipulate mystical forces of the universe. In Maharashtra who played the role of Circe ? Your guess is my guess.

Last Tuesday, June 28, 2022 I wrote in this column about this political spectacle under the title ‘Political Warriors of Maharashtra’. I concluded it with the words, ‘Let us see how this drama unfolds and ends.’

Now we know how it unfolded at the Supreme Court and ended at Uddhav Thackeray’s house ‘Matoshree’ when he resigned as Chief Minister.  First the bravado, then the surrender.