Hinkal Flyover to open before Dasara

Mysuru: The much-delayed work on the construction of flyover on Mysuru-Hunsur Highway near Hinkal will be completed before this Dasara.

It is the first-ever flyover being constructed by Mysuru Urban Development Authority (MUDA) in the city and that too on a crucial road that links Mysuru to Kodagu and Dakshina Kannada.

Officials and workers are working overtime to speed up the work and complete it before Dasara as it is causing a lot of traffic bottlenecks at the Hinkal Junction. Speaking to Star of Mysore this morning, MUDA Assistant Executive Engineer (AEE) (JnNURM-North) K.N. Satish said that the estimated cost of the project is Rs. 15.18 crore while the tender-approved amount was Rs. 19.80 crore. 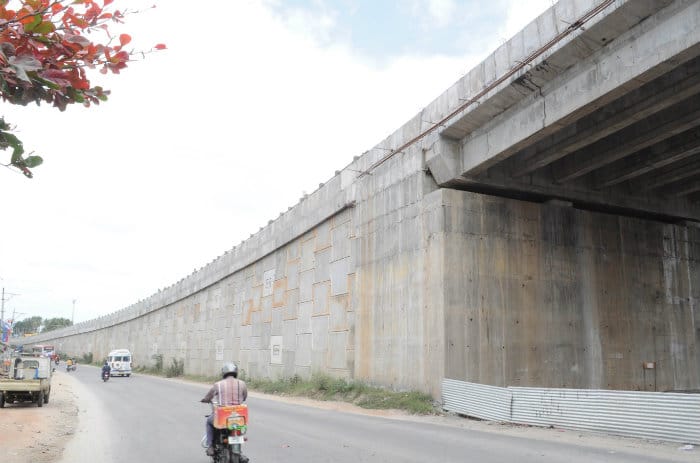 The works on the flyover began on April 27, 2016 (formal commencing date June 22, 2016) and its total length including the ramp on both sides, is 510 metres. The width of the flyover is 17.20 metres. It begins from Hinkal Tent till Grand Maurya Hotel.

After the works began, it took more than six months to shift water pipelines that criss-crossed area and this delayed the project considerably, Satish maintained. The main carriageway of the flyover is 7.50 metres and the flyover will have 6 metre-wide service roads on either sides. It also has a footpath of two metres. The flyover will be a 4-lane road with piers supporting it. 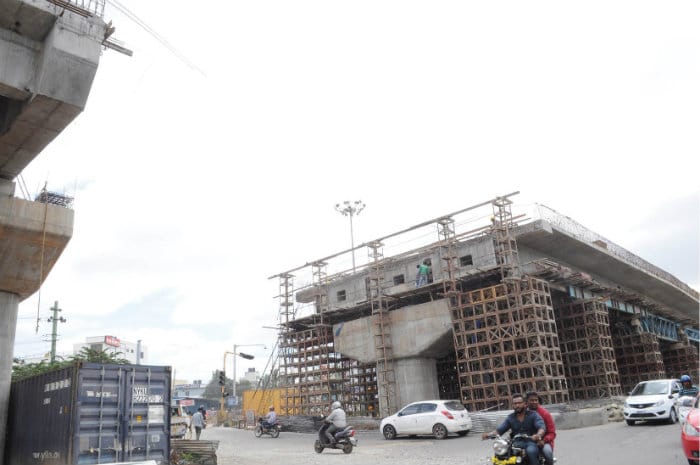 The flyover that was proposed at KRS Road Junction faced a technical snag as the road descends too close to the Mysuru-Hassan Railway track and hence has to be realigned or dropped.

Once the flyover is open, traffic can also move towards KRS (Brindavan Gardens) via BEML.