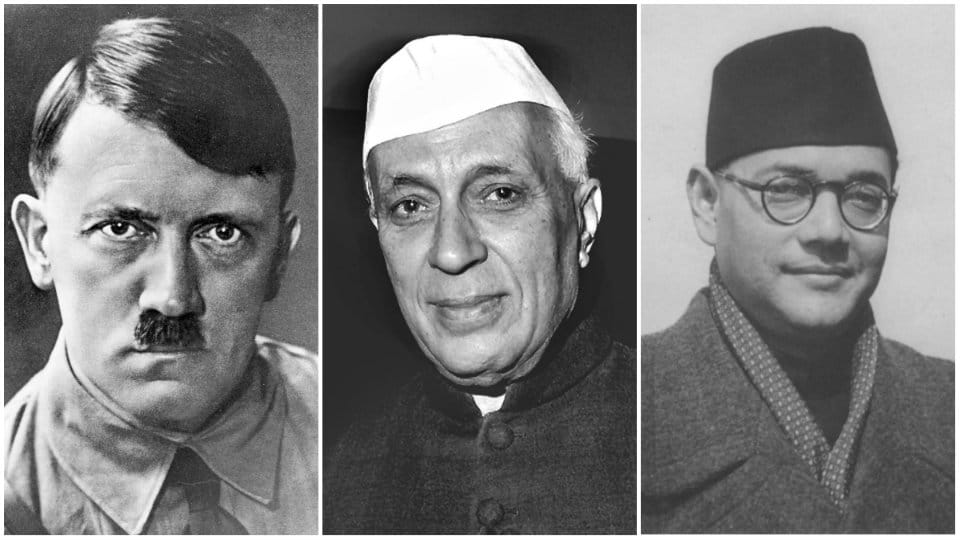 When those who don’t have it in them think they have it in them, it’s sad. Chandra Kumar Bose was a qualified management expert who did well in the Tatas for many years. Then somebody told him that he was not just another Bose but Netaji Subhas Chandra Bose’s own grand-nephew. Worse, the BJP zeroed in on him, told him how Bengal was waiting for his guidance and leadership. As their nominee for the Chief Ministership of West Bengal, they fielded him against Mamata Bannerji in the 2016 elections.

Poor Chandra Kumar Babu. He got 26,299 votes, less than half of Mamata Bannerji’s 65,520. Even those 26,299 were Hindutva votes, not Bose votes. But alas, those who don’t have it in them don’t see what others see. C.K. Bose came out last week with a denunciation of Jawaharlal Nehru that revealed many things about this Bose — his ignorance of the nuances of history, his lack of a sense of balance, his immaturity as a public interlocutor and, frankly, his political rawness.

Just see what the man said: “Hitler never betrayed his nation. Nehru wanted to sit on the throne without fighting, but sucking up to the British. In short, Nehru betrayed his nation.” Somebody must have told him about the stupidity of his words, so he came up with another statement. “I am not supporting Hitler — of course he was a devil — but he was not fraudulent like Nehru who in the guise of being a nationalist was actually a British lackey.”

Perhaps this undeserving Bose was aware of the BJP’s aversion to Nehru and was trying to please his masters. There are schools in Rajasthan where history texts do not mention that Nehru was the first Prime Minister of India or that Gandhi was shot dead by Godse. Bose figured that such an iron-hard line would make his stock go up with the BJP; may be PM candidate next time, who knows? So Nehru is put in the same bracket as Hitler — bold even by Hindutva standards.

Netaji Subhas Chandra Bose would do nothing of the kind. The differences of opinion between Netaji on the one hand and Gandhi, Nehru, Patel on the other are well known. Yet, Netaji did not denounce Congress leaders. There are strong reasons to believe that he did not die in an aircrash as Japan claimed and that he eventually returned to India, living as Gumnami Baba in Faizabad where he died in 1985. This is still a raging controversy, but no one denies the fact that the Baba’s belongings, examined after his death, contained several photographs of Netaji’s parents and immediate family, telegrams from trusted veterans of the Azad Hind Fauz and various personal belongings. A small move by such a man to attack Nehru as a betrayer would have changed the course of Indian history. But he was a true patriot who put the country above him. Sometimes grand nephews have difficulty comprehending such things.

As irony would have it, Chandra Kumar Bose’s worthless views on Jawaharlal Nehru were exposed for what they were by not a Congressman or Indian historian or intellectual but by a Pakistani. Pervez Hoodbhoy, a Physics Professor in Pakistan, wasn’t replying to Bose, too inconsequential to be noticed from that distance. He was merely analysing an aspect of the India-Pakistan situation from an academic point of view. Writing last week in the venerable daily, Dawn, the Professor wondered:

“What might have today’s India looked like in scientific terms if Narendra Modi, not Jawaharlal Nehru, had been India’s Prime Minister in 1947? Instead of being noted for its exceptional space programme, and brilliant string theorists, India would have become a garbage dump for every kind of crackpot science… As in Pakistan, Darwinian evolution would be considered heretical and destructive of religious faith.”

Recalling a speaking tour of India in 2005, Hoodbhoy wrote: “Without Nehru there could never have been the huge and palpable mass enthusiasm for science, manifested in many science museums within a single city… Nehru must also be credited with keeping a lid on his Generals. Immediately after partition, Nehru ordered the grand residence of the Army Chief to be vacated and instead assigned it to the Prime Minister. The move carried huge symbolism… It is nowadays becoming easier by the day for Pakistan to recognise its mirror reflection across the border.”

10 COMMENTS ON THIS POST To “Hitler, Nehru & a worthless Bose”