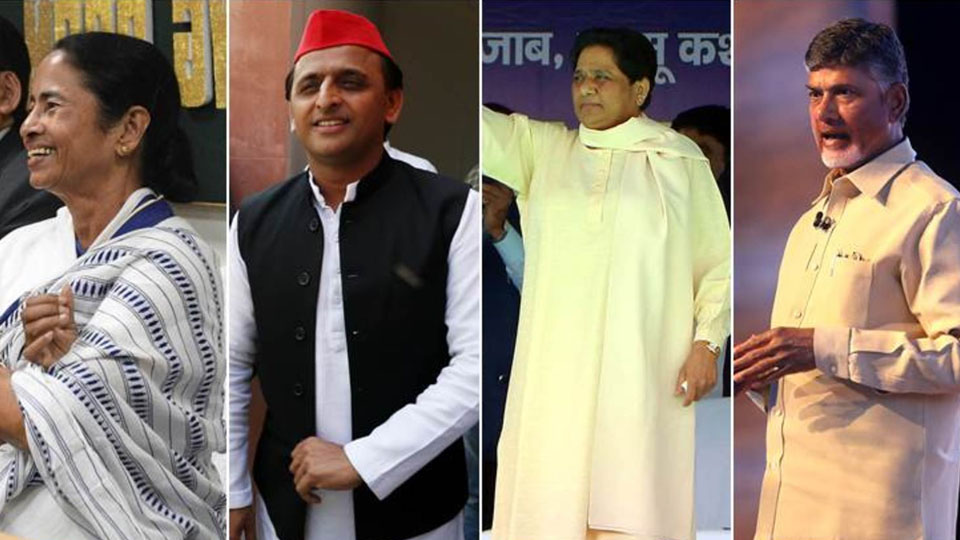 Bengaluru: With CM-designate H.D. Kumaraswamy (HDK) of the JD(S) all set take oath on the steps of Vidhana Soudha this evening, the event will see a host of third front leaders attending the ceremony, besides AICC President Rahul Gandhi and Congress Supremo Sonia Gandhi.

The attendance of a large number of third front leaders is seen as a prelude to the Opposition’s preparations for the 2019 Lok Sabha polls.

Meanwhile, Telangana Chief Minister K. Chandrashekar Rao  (KCR) of the TRS, a master strategist that he is, chose to personally congratulate CM-designate HDK yesterday, a day before the swearing-in ceremony. Rao returned to Hyderbad last night itself.

Rao’s action is seen as a strategic move to avoid sharing dais with top Congress leaders Sonia Gandhi and Rahul Gandhi, which would have otherwise sent wrong political signals in his home State of Telangana.