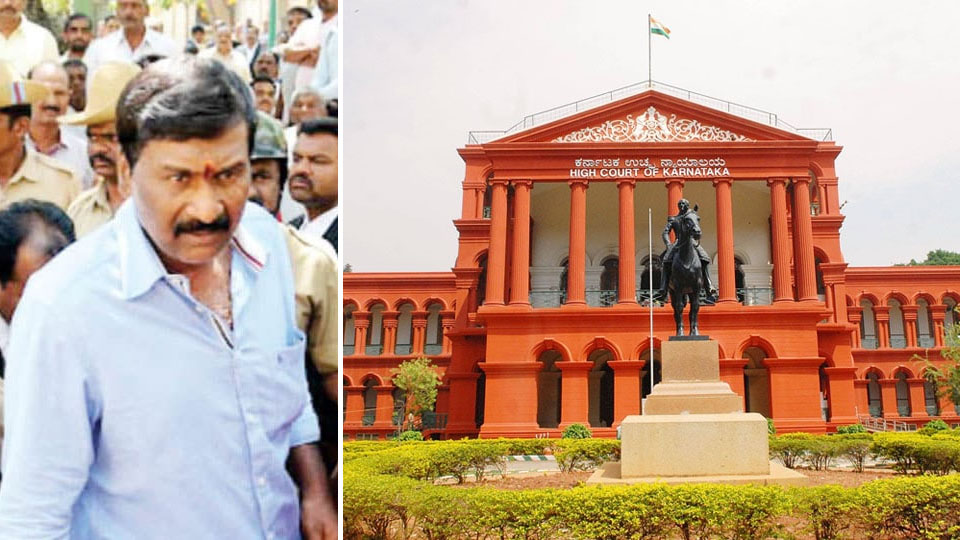 Mysuru: The Karnataka High Court on Tuesday acquitted former Corporator C. Mahadesh alias Avva Madesha and seven of his accomplices in a double murder that took place at Hunsur ten years ago. While four of them are in the prison, four others are on bail.

Mahadesh and seven others, including his brother Manju, had allegedly hacked to death Rajesh alias Gandhi and Ramesh from Paduvarahalli at a farm house in Hunsur on May 14, 2008.

Mahadesh and others had appealed against the verdict in the High Court. The High Court, which heard the plea, acquitted them for want of evidence.

Judge Vijaykumar M. Anand Shetty had also ordered the Police to register a perjury case against Sunil, Devendra, Srinivas and Ashok for allegedly turning hostile in the later stages of the trial. Also, Shivanischith alias Shivu, the ninth accused in the case, who turned approver, had been acquitted.

The Judge had also imposed a penalty of Rs.3 lakh on Mahadesh, the prime accused and Rs.1 lakh each on seven others.

While four of the accused will be out of prison following their acquittal by the High Court, four other accused, including prime accused Mahadesh alias Avva Madesha, his brother Manju, N. Shivakumar alias Kalappa and Chandru alias Chandu cannot walk out of jail as they have been booked under KCOCA for the murder of rowdy-sheeter Devu alias Devendra that took place at Paduvarahalli in May 2016. There are a total of 29 accused in the case and the hearing in the case is scheduled to begin from Aug.18, it is learnt.

After MCC Corporator C. Mahadesh of JD(S) was convicted and sentenced to life by the 2nd Addl. District and Sessions Court in Feb. 2016, the Mysuru City Corporation had terminated his membership, following which a by-election was held for the MCC Ward he had represented in June last year (2017). SBM Manju of the JD(S) had retained the seat for the party by defeating his nearest rival K. Madesh of the BJP.