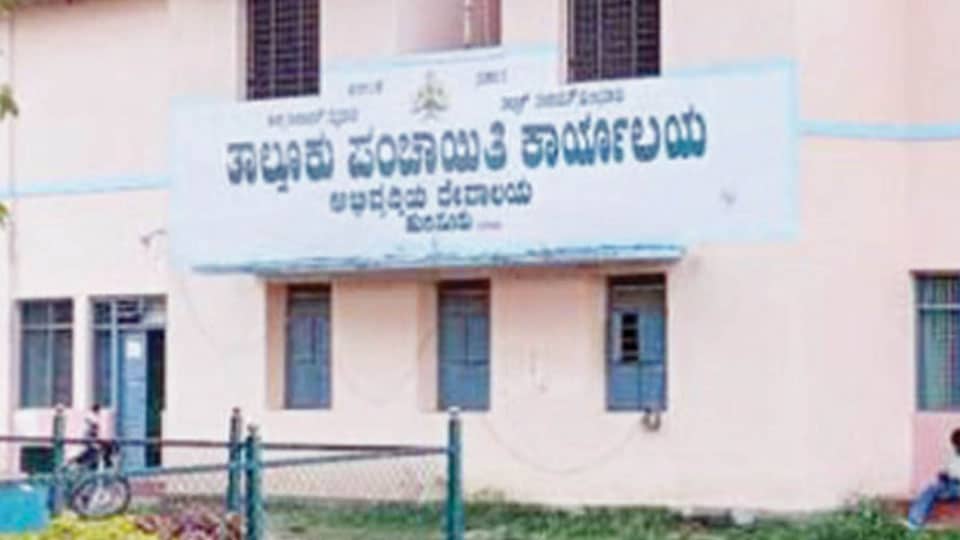 Puraskar is given to best-performing Panchayat

Along with Hunsur Taluk Panchayat, Halebeedu in Hunsur taluk and Goravanahalli in Maddur taluk of Mandya district have also bagged the award. Also, Annur Gram Panchayat in Mandya has been selected for Nanaji Deshmukh Rashtriya Gaurav Gram Sabha Puraskar.

Pandit Deen Dayal Upadhyay Panchayat Raj Sashaktikaran award is given to the best-performing Panchayat in recognition of the good work done by the Panchayat Raj Institutions at each level for improving delivery of services and public goods.

Expressing happiness over the awards, Hunsur MLA H.P. Manjunath complimented the Hunsur Taluk Panchayat Executive Officer H.D. Girish for taking everyone including the elected representatives and the Panchayat Development Officers (PDOs) into confidence and for ensuring the overall development of the local body despite minimum grants from the Government.

Executive Officer Girish said that the award has come for the good work and efforts initiated by the PDOs with the cooperation of the MLA and MP. Even all the Panchayat staff have extended cooperation in making the Taluk Panchayat stand out among hundreds of other local bodies in Karnataka, he added. Even villagers have cooperated with the Panchayat in achieving the distinction, he said.

The Taluk Panchayat has also effectively implemented the NAREGA scheme and has conducted orderly meetings, effective disbursal of records and files. It has strived to rejuvenate lakes and dug soak pits, made available cremation grounds to the residents. For the educated lot, the existing library has been digitised and the Panchayat has also undertaken many other development works in the silk sector, agriculture an horticulture.