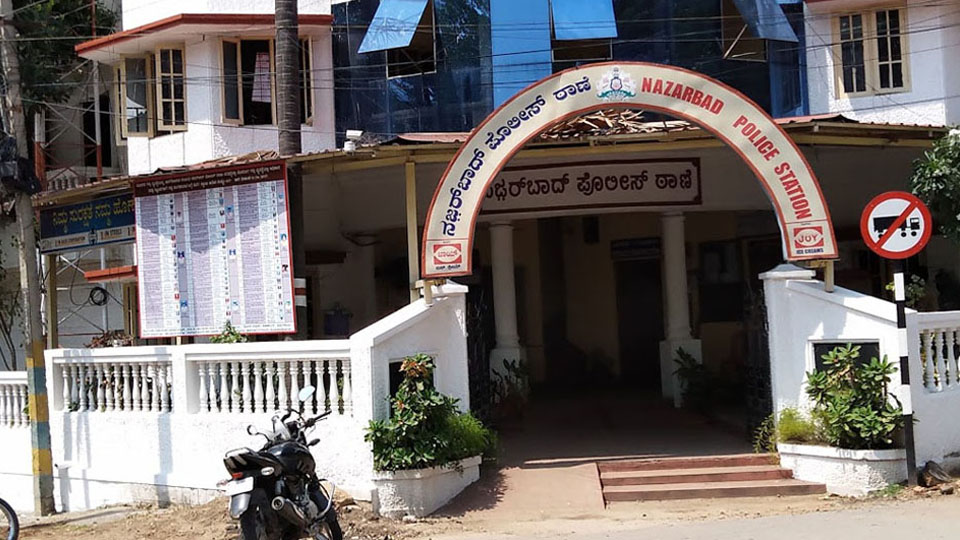 Mysore/Mysuru: A group of four youths, irked over a bus overtaking their two-wheeler, have allegedly damaged the bus belonging to the Tamil Nadu State Government and have assaulted the driver. The incident took place near Karanji Lake on Saturday night.

On Saturday at about 10.30 pm, the bus left for Salem and while proceeding near Karanji Lake, the bus driver overtook a two-wheeler which irked the riders, who waylaid the bus near the Lake and began to hurl abuses on the driver.

The youths then reportedly threw stones on the bus breaking its windshield and brutally assaulted the driver in drunken stupor besides abusing him in foul language. When the incident was being captured on video by a passenger, the youths are said to have fled from the spot.

Nazarbad Police, who arrived at the spot, got the driver treated for his injuries at a hospital, contacted the Tamil Nadu Transport Department officials and made arrangements for another bus for the passengers.

Nazarbad Police, who have registered a case, have launched a hunt to nab the offenders.