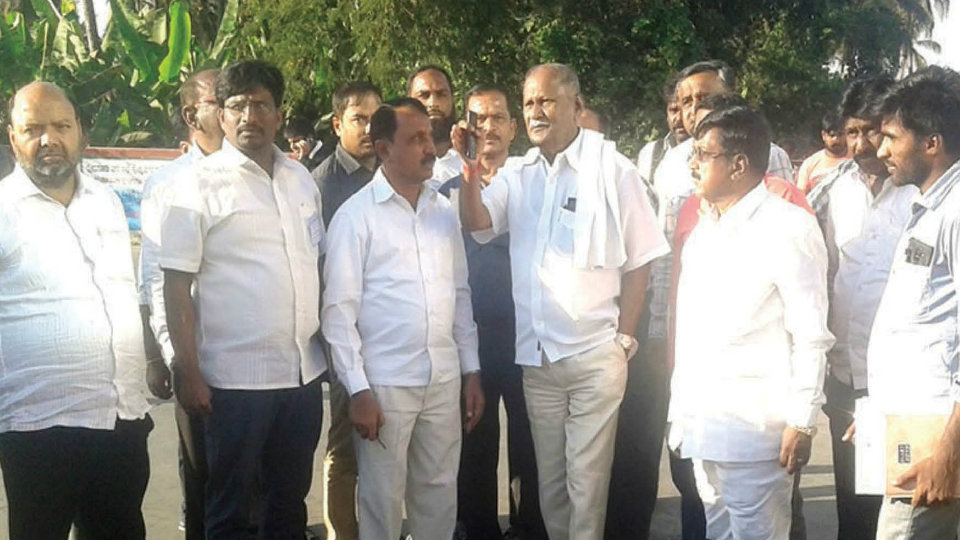 Hunsur will be KSRTC Sub-Division: Minister

He was speaking to press persons during his brief stopover after inspecting various development works at Periyapatna bus depot at Hunsur KSRTC Bus Stand recently.

He said, his Department would carve Hunsur Sub-Division to facilitate the development of the region and as part of the extension of KSRTC bus service initiatives to ensure hassle-free bus service for commuters.

Referring to the complaints of lack of basic facilities in the bus stands of Hunsur Sub-Division, the Minister promised to improve facilities like installation of CCTV cameras,  setting up hi-tech toilet, pure drinking water and women rest house facilities.

Plans have been made for introduction of biometric attendance system, to ensure WiFi and GPRS (General Packet Radio Service) vehicle tracking system devices in KSRTC buses.

Stating that many of the Government offices were functioning in private rented buildings in the town, the Minister said that the Department has also decided to construct multi-floor complex in old and new bus stands.