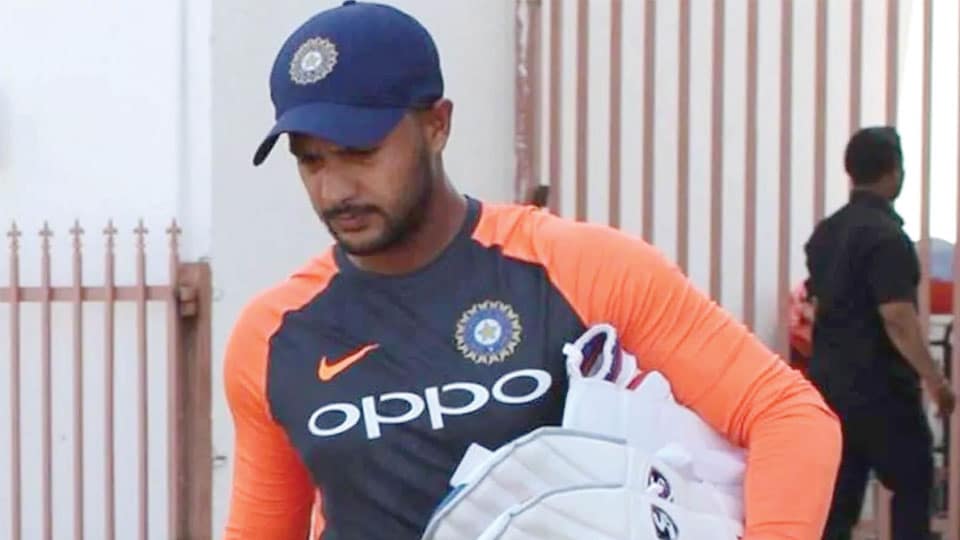 India’s request to allow Mayank Agarwal as a replacement for injured Vijay Shankar has been confirmed by the ICC.

Vijay Shankar suffered a toe injury just before the league fixture against England on Sunday. Rishabh Pant played in place of Shankar in the game where India failed to chase 338.

“The International Cricket Council has confirmed that the Event Technical Committee of the ICC Men’s Cricket World Cup 2019 has approved Mayank Agarwal as a replacement player for Vijay Shankar in the India squad for the remainder of the tournament,” ICC said in a press statement.

Notably, Vijay Shankar has been ruled out for the remainder of the tournament, as his injury will take about three weeks to heal. Shankar’s replacement, Mayank Agarwal made his Test debut last year against Australia. Agarwal is yet to make his One-day International (ODI) debut.

It is mandatory for every team to get the approval of the Event Technical Committee (ETC) before a player can be officially added to the squad.