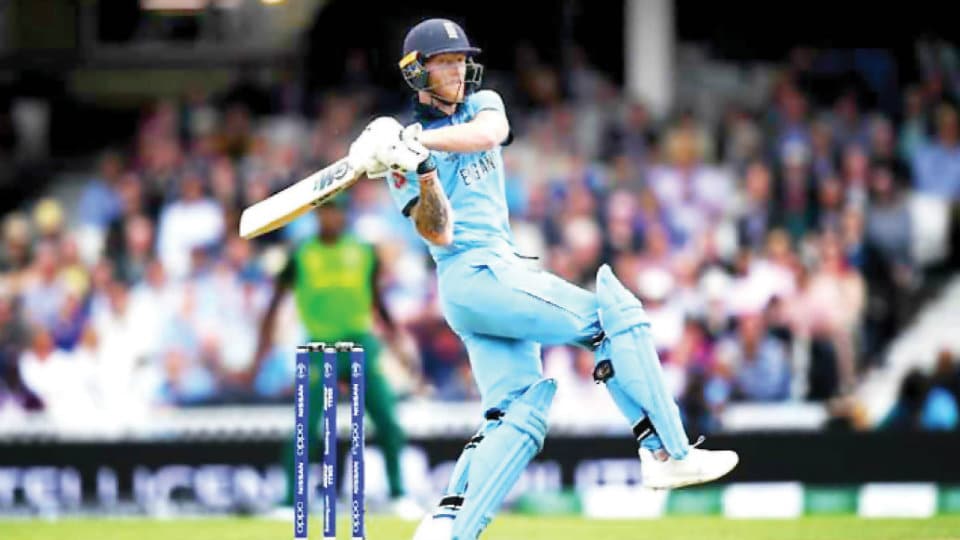 Hosts England, the hot favourites to win this edition of the World Cup, began their campaign on a winning note and notched up their first points with a convincing 104-run win over the Proteas at The Oval here on Thursday.

It was a clinical and sensational win for England. They were very disciplined with the ball, fielded well and their batters batted well to pile up a decent total. It was totally a quality performance to begin the tournament.

South Africa’s captain Faf du Plessis won the toss and elected to field. As a master stroke, he began the innings with leg-spinner Imran Tahir, who struck off the second ball of the innings and got England’s opener and dangerous Jonny Bairstow (0), caught behind by Quinton de Kock. England started badly and were one for one.

Medium-pacer Lungi Ngidi (three for 66) impressed and he was well-supported by Kagiso Rabada  (two for 66) and leg-spinner Imran Tahir (two for 61).

Chasing a target of 312, South Africa were off to a slow start, but had to lose Hashim Amla who retired hurt after being hit by medium-pacer Jofra Archer on the helmet. South Africa lost two wickets of Aiden Markram (11) and skipper du Plessis (5) early. Opener Quinton de Kock top scored with 68 runs (74b, 6×4, 2×6). Middle-order batsman Rassie van der Dussen scored his first half-century in World Cup match for South Africa (50). Andile Phehlukwayo (24) was the only other contributor.

England’s medium-pacer Jofra Archer impressed with his sustained pace and troubled the South African batsman, who could not negotiate him properly. Archer was the most successful England bowler taking three for 27. He was well-supported by Stokes (two for 12) and Liam Plunkett (two for 37).

Ben Stokes was adjudged the Man of the Match for his excellent all-round performance.