Home » Sports » West Indies Vs Pakistan: Preview: An interesting contest in the offing 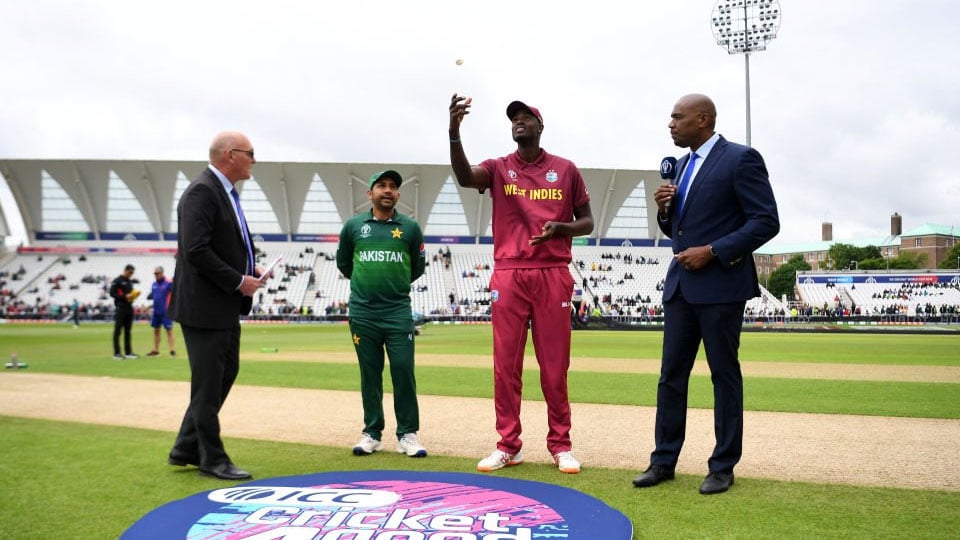 West Indies Vs Pakistan: Preview: An interesting contest in the offing

Pakistan takes on a resurgent West Indies in their opening game of the 2019 ICC World Cup match at Nottingham today evening (3 pm – IST). An interesting contest is in the offing between the two former World Cup champion teams.

Pakistan expects to bounce back

Pakistan needs to come back strongly putting aside its past 10 ODI losses and its recent loss to Afghanistan by three-wickets in the warm up game. Skipper Sarfaraz Ahmed expressed his hope that his team will bounce back and perform to their potential in the bigger scene in their inaugural match against the West Indies.

He also said that Pakistan team has been playing in England for a month and are well-prepared and are keyed up to perform at the highest level.

Pakistan bank on Mohammad Amir and expect him to do well with the ball and give them the vital break-through.  Pakistan will expect Babar Azam, Asif Ali, Hasan Ali and skipper Sarfaraz Ahmed to perform well so that they can put up a good show.

West Indies team are a confident lot, with their batsman having returned to form when they scored 421 runs in its recent warm-up game against New Zealand on Tuesday.

An interesting contest is in the offing at Nottingham with the West Indies holding the advantage.