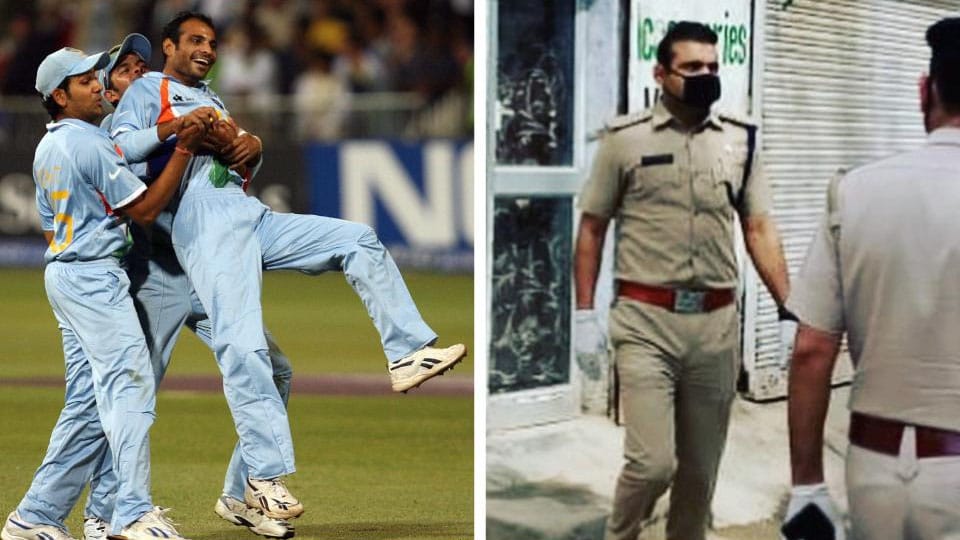 Haryana: Joginder Sharma, who famously bowled the final over in India’s World T20 win in 2007, continues to serve the country, but, on a different kind of pitch. Currently working as a Deputy Superintendent of Police in Haryana, Joginder Sharma is helping India in its fight against coronavirus pandemic.

The ICC took to Twitter to appreciate the hard work of the former India all-rounder. “2007: #T20WorldCup hero 2020: Real world hero. In his post-cricket career as a policeman, India’s Joginder Sharma is among those doing their bit amid a global health crisis,” the ICC tweeted on Saturday.

Joginder Sharma, who featured in 77 first-class games, was expected to become India’s mainstay after he claimed Misbah-ul-Haq’s wicket off the final ball of the inaugural T20 World Cup. However, his cricketing career did not go as planned and he retired in December 2018.

India went into a 21-day “total lockdown” at midnight on Tuesday, with anyone ignoring the order facing up to two years in jail and a fine.

This year’s Indian Premier League is one of the many sporting events worldwide to be postponed including the Tokyo Olympics, which has been delayed until next year.

For now, the start of the IPL has been put back from March 29 until April 15 “as a precautionary measure” over the coronavirus, the BCCI said.