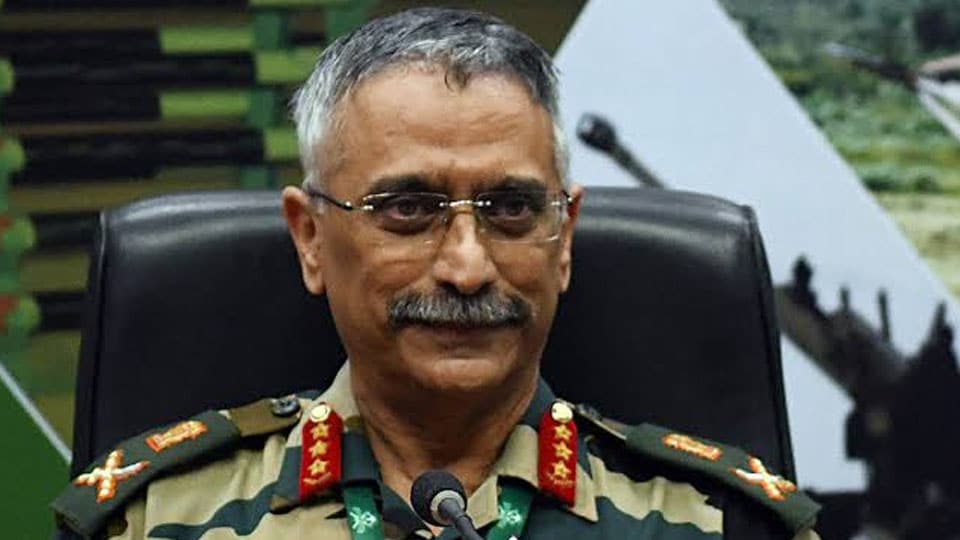 New Delhi: Preparing itself for the fight against the COVID-19, Indian Army has launched an operation. The operation is named ‘Operation Namastey’. Army Chief Gen Manoj Mukund Naravane made the announcement on Friday.

As a part of the operation Army would helpthe Government of India fight against the deadly disease. The operation also aims to insulate the 1.3 million strong force fromcoronavirus infection. The Army chief asked personnel to take prescribed precautions against the virus. He also assured soldiers and officers deployed along borders with Pakistan and China that special care is being taken of their families in the wake of the pandemic.

The Army chief also said that social distancing among the Army personnel may not be possible to implement in key formations due to tactical and operational reasons. Thus, it is important for Army personnel to keep themselves safe and fit.

Facilities for the families of the army men have been arranged to visit the nearest camps in case of an emergency.

Indian Army has also prepared a Contingency plan at a six-hour notice.

As a part of plan 45 isolated bed facilities, 10 ICU beds, and mobilization of medical teams on call.