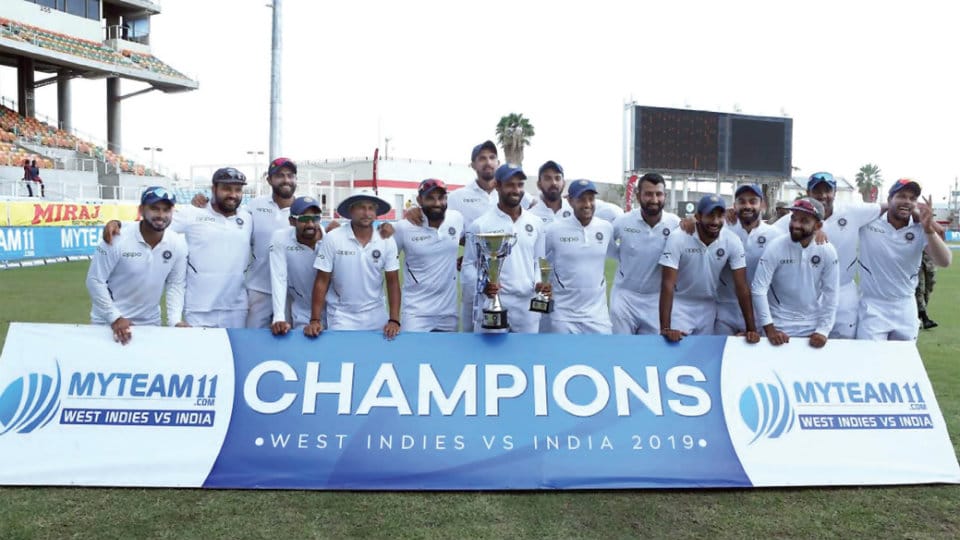 India beat West Indies by 257 runs winning the final Test to sweep the two-match series 2-0 on day four here at the Sabina Park. India fetched 120 points securing win in the two-Test match series in the ICC Test Championship and with this victory, Virat Kohli has become number one Indian captain.

India put a target of 468 runs before the Windies, but hosts were bundled out for 210. West Indies continued their play on Day 4 after losing 45 for 2 and till Lunch added 100 runs but lost two wickets.