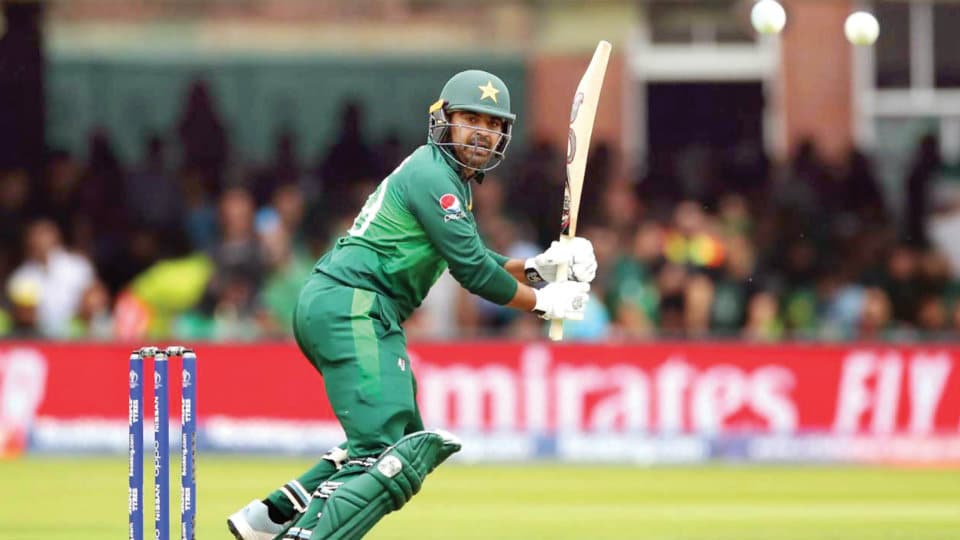 A breezy and valuable knock by Pakistan’s middle-order batsman Haris Sohail (89, 59b, 9×4, 3×6) and the combined efforts of their bowlers helped Pakistan to register a 49-run win over South Africa, at Lord’s on Sunday, and kept their chances alive for qualification for the last four stage in the ICC 2019 World Cup.

With this loss, South Africa with 3 points from their seven games, have been knocked out of this edition of the World Cup.

Decent start by Pakistan: Winning the toss and electing to bat, Pakistan piled up 308 for seven in 50 overs. Fakhar Zaman (44) and Imam-ul-Haq (44) gave them a decent start by adding 81-runs for the opening wicket. Both fell to the guiles of leg-spinner Imran Tahir (two for 41), within a span of five overs and Pakistan were reduced to 143 for three at one stage.

Babar Azam (69) and Mohammad Hafeez (20) tried to build a partnership before Hafeez was dismissed by Aiden Marakram. Haris Sohail came in and batted freely and took the South African bowlers to the cleaners by scoring a breezy 89 (59b, 9×4, 3×6) and was dismissed in the last over. L. Ngidi (three for 64) and Imran Tahir (two for 41) bowled well for South Africa.

South Africa falter: Chasing 309 for a win, South Africa were never in sight of the target. Hashim Amla (2) fell leg-before to Mohammad Amir (four for one) early on in the innings. Quinton de Kock (47) and skipper Faf du Plessis (63) put on 87-runs for the second wicket, but their wickets fell soon and it changed the complexion of the match to make it rather one-sided one. Apart from Amir, Shadab Khan (three for 50) and Wahab Riaz (three for 46) bowled well for Pakistan. Andile Phehlukwayo (46), Rassie van der Dussen (36), David Miller (31) and Chris Morris (16) were the other contributors for South Africa. South Africa ended up scoring 259 for nine in 50 overs.

Haris Sohail’s performance in the later part of Pak innings was the game-changer.