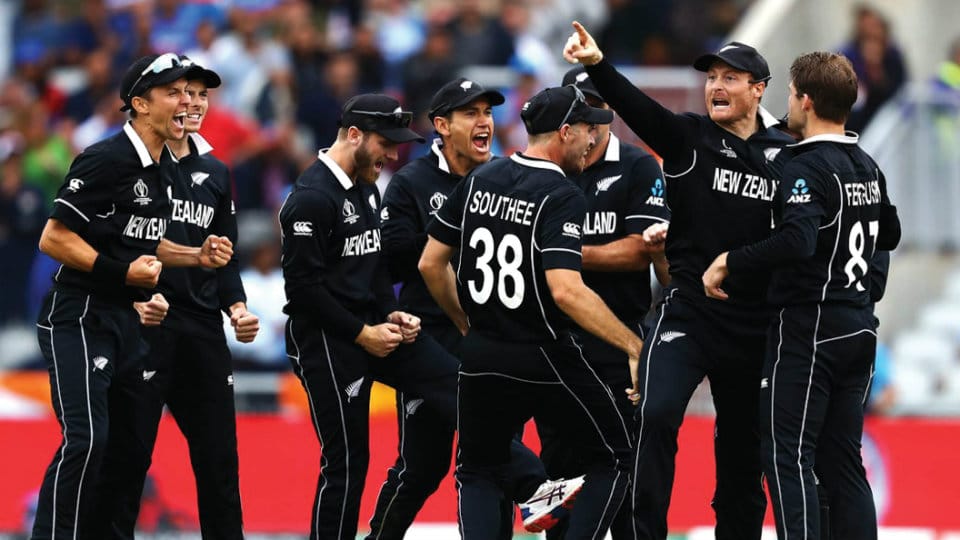 The Kiwis, spearheaded by their fast bowler Matt Henry (three for 37), skittled out hot favourites India for 221 in 49.3 overs and registered a stunning 18-runs win in the semi-final on the reserve day of the ICC World Cup 2019 at the Old Trafford in Manchester on Wednesday.

Skipper Virat Kohli (1) was the next to depart falling leg-before to Boult (5 for two in 2.4 overs).

Jadeja fell going for a big hit, while Dhoni was run-out going for the second run (216 for eight), and with the fall of Dhoni’s wicket India’s chances dimmed.

Bhuvneshwar Kumar and Chahal departed and India were bowled out for 221 in 49.3 overs.

Matt Henry took three for 37 and was well-supported by Trent Boult (two for 42) and Mitchell Santner (two for 34).

The Indian top order failed miserably and New Zealand fast bowlers bowled a tight line which spelt doom to the aspirations of the Indian batsmen.

Matt Henry was chosen as the Player of the Match.