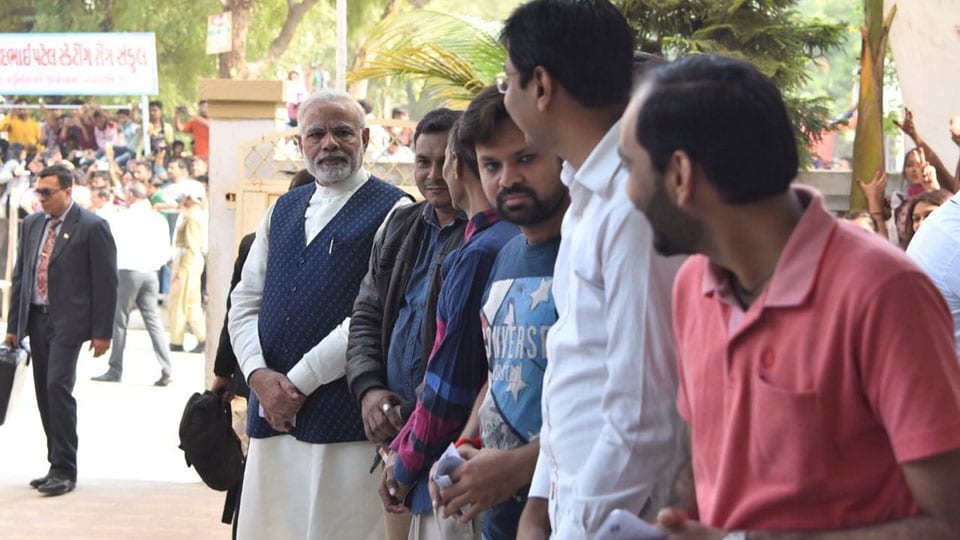 Ahmedabad: Prime Minister Narendra Modi waited in queue to vote at Booth No. 115 at Nishan High School in Ahmedabad’s Ranip locality and then walked down the road holding up his inked finger as a big crowd greeted him this morning.

Earlier today, the PM had urged people to vote in large numbers in the second and final phase of the Gujarat Assembly elections. The Prime Minister is the face of BJP’s campaign in his home State in what is seen as a contest between him and Rahul Gandhi, who is set to take over as Congress President on Dec. 16.