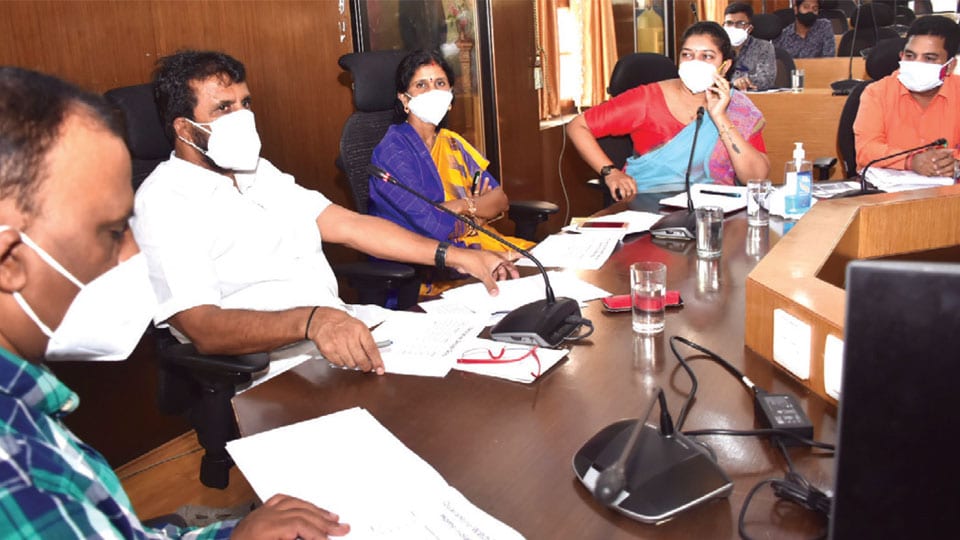 Mysore/Mysuru: Holding a few ill-equipped Private Hospitals responsible for spike in deaths of Corona positive patients, Chamaraja MLA L. Nagendra has urged the District Administration to shut those Hospitals or prevent them from admitting patients.

He was speaking at Chamaraja Assembly Constituency Covid Task Force Committee meeting held here yesterday. “I have noticed that deaths are occurring more in those private hospitals which don’t have the supply of Remdesivir injection or oxygen from the Government, but still treating Corona positive patients. Tell them to stop treatment of such patients immediately or shut the hospitals in case they failed to adhere,” the MLA said.

The MLA said that a few hospitals, with less than 30 bed strengths and without supply of Remdesivir injection, oxygen and medicines, were treating patients. They wash off their hands if patient condition worsens. Many Hospitals, which were not part of Mysuru Association of Hospitals and Nursing Homes (MAHAN), do not get Remdesivir injection or oxygen supply. Either District Administration must supply those essentials to such hospitals or close them, or let the District Administration take over these hospitals and keep 50 percent of beds for the Government referred patients, he added.

District Health Officer (DHO) Dr. T..Amarnath clarified that 43 MAHAN Hospitals were empanelled with Suvarna Arogya Suraksha Trust (SAST) and hence they get the supply of Remdesivir injection, oxygen and medicines under the Government quota. Recently, the State Government has issued a circular adding Private Hospitals with less than 30 beds, to be brought under the ambit of SAST and supply them with Remdesivir injection, medicines and oxygen on par with other Private Hospitals in the interest of poor patients. Work in this direction was going on and is likely to be over within a week.

He said that four Officers have been deployed in War Room, but still people were directly going to K.R. Hospital and District Hospital for treatment. Through War Room, beds have been arranged for 120 patients so far. Nodal Officers were appointed to 43 Private Hospitals to check the allotment of beds under the Government quota.

MLA Nagendra said that it has been brought to his notice that patients shifted from Mandakalli COVID Care Centre to some Private Hospitals under the Government quota, have been given hefty bill and asked to clear it immediately. Strict action must be initiated against such hospitals without any mercy, he noted.

He said that patients were under trouble as Private Hospitals were not ready to take responsibility for the shortage of oxygen, ventilators. In case of shifting patient from one hospital to another, the War Room must be informed about it by the hospital management. Besides, the hospital to which the patient is shifted, must have all facilities.