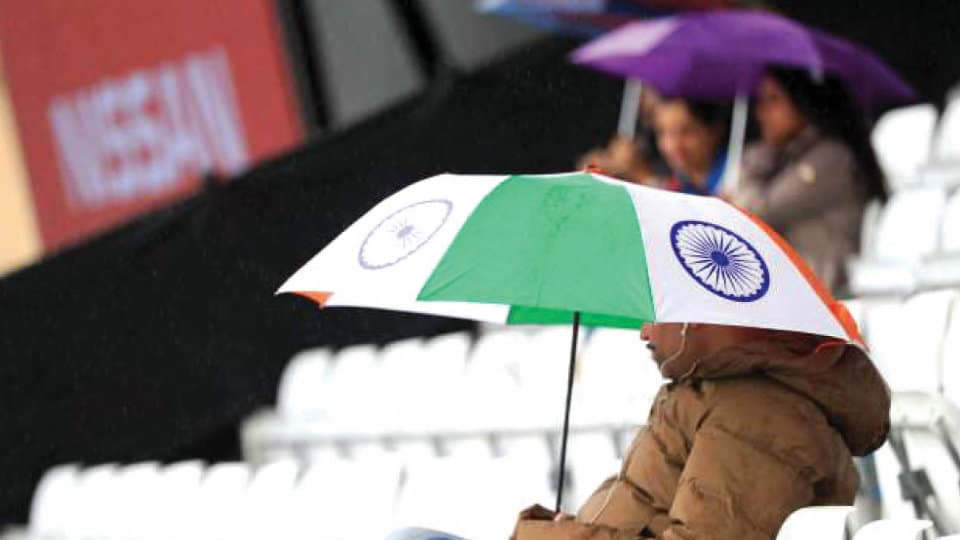 India are all set to take on New Zealand in the first semi-finals of the ongoing ICC Cricket World Cup on Tuesday.

While a lot of time will be spent on forging tactics around different players and situations, players will also keep a close eye on the clouds above as the forecast for the day is not entirely too bright. According to the British Met Department, the skies are likely to remain rather cloudy throughout Tuesday. There will be the risk of the odd light shower again.

Also, as per forecasts, there are chances of cloudier skies and intermittent showers right through the day. The maximum temperature in Manchester is expected to be around 20 degrees.

As per several reports, “Heavy showers and thunderstorms are likely to develop during Thursday afternoon across parts of Scotland, Northern Ireland and northern England. There could be 20-30 mm of rain in an hour and 40-50 mm in 2-3 hours.”

There is a reserve day in case the match is washed out on Tuesday. However, if Wednesday too sees showers, and forces the match to be called off, India will qualify for the finals since they finished higher on the points table after the league stage.