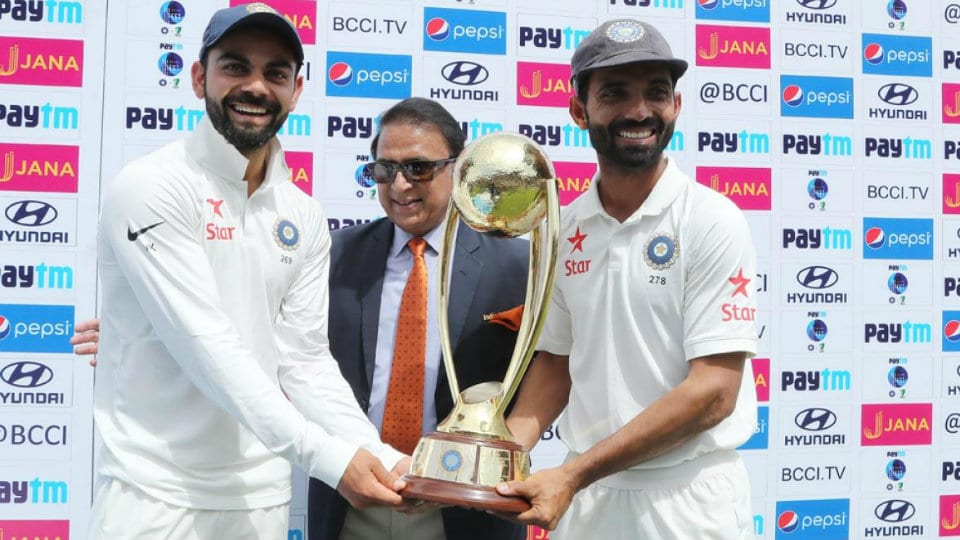 India sealed a memorable 2-1 series win against Australia, with an eight-wicket win in the fourth and final Test played in Dharamasala. K.L. Rahul scored his seventh fifty as India reached the target in less than a session. Captain Ajinkya Rahane scored a quick-fire 38 off 27 balls.

As a result, India regained the Border-Gavaskar Trophy and ending the season as the top-ranked Test team in the world with 12 wins, four draws and a solitary defeat.

Rahul gave India their victory and brought up his sixth fifty of the series with a flick for three off Steve O’Keefe and let out a huge roar, while Rahane calmly went up to the Australians to shake hands.

For Australia, they will go back with their head held high. They were expected to have their socks knocked off, but competed in every single game and took the contest until the end.

Ravindra Jadeja, who is in great form, was declared both Man of the Match and Man of the Series for his stellar performance throughout the season.