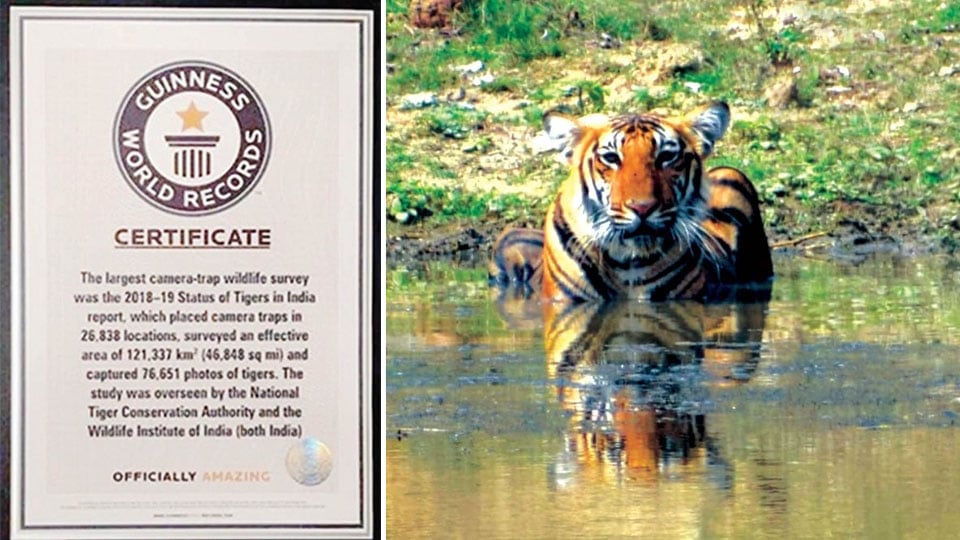 New Delhi: The tiger census conducted in 2018 has entered the Guinness Book of World Records for being the world’s largest camera trap wildlife survey in which camera traps were placed at 26,838 locations across 141 different sites.

Environment Minister Prakash Javadekar tweeted, “The All India Tiger Estimation is now in the Guinness World Records for being the largest camera trap wildlife survey, a great moment indeed and a shining example of Aatmanirbhar Bharat.” He also said that India fulfilled its target of doubling tiger numbers four years in advance of its promised 2022 deadline. The 2018 All India Tiger estimation had found 2,967 tigers in the country, compared to 2,226 in 2014.