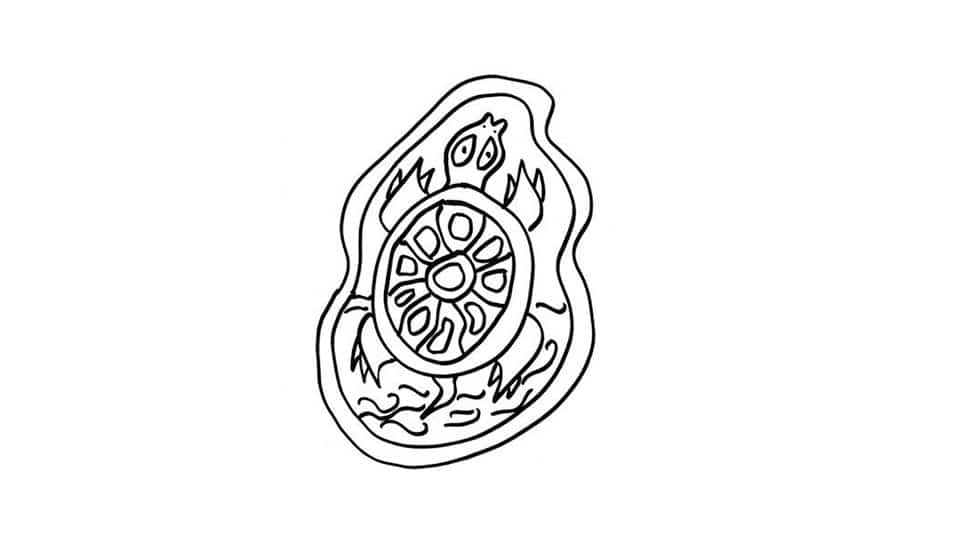 When speaking of Indian mythology, the focus is on the stories, symbols and rituals of major religions such as Buddhism, Jainism and Hinduism. We ignore the mythologies of the various tribal communities of India, who have lived in the subcontinent long before the arrival of Aryan migrants. Their stories are fascinating.

The Santals found in Bengal, Odisha and Jharkhand speak of how humans emerged from the egg of a goose and a gander, created by the Gods, which included the High God, Thakur-Dev, the smaller spirits known as Bongas. In the beginning, they say the whole world was water, until the earthworms collected earth and placed it on the back of a turtle. Did this story inspire the Hindu idea of the earth on a turtle upheld by elephants?

The Korkus, scattered across the States of Madhya Pradesh and Maharashtra, tell the story of a deer pursued by their ancestors that disappeared in a mountain cave. While waiting outside the cave, they were met by an ascetic, who gave them some rice to eat. The ascetic then introduced himself as Shiva and asked them to permanently settle down as farmers, not hunters.

Another story recounts how Ravana strayed into the scenic but unpopulated forests. When he prayed to Shiva to populate those forests with people, Shiva directed his messenger, the crow, Kageshwar, to collect red soil from the hilly region. Shiva made two statues from the soil, of a man and a woman. However, before Shiva could infuse them with life, an angry Indra got his horses to destroy the statues. This, in turn, angered Shiva, who made two dogs out of the red soil, infused them with life and drove Indra’s horses away. Shiva then remade the two human statues and infused life into them. Known as Moola and Moolis, they are the ancestors of the Korku tribe. The Korku worship Shiva, Ravana and the dog. And the driving away of Indra does allude to some rejection of ‘civilised’ Aryans, though Shiva himself is a Vedic God.

The Baigas are a tribe dispersed across Madhya Pradesh. They say that in the beginning, there was only water all around and no land. Then, Brahma made land in the midst of the water. Immediately, two people emerged from the land—one a brahman and the other a sadhu Naga Baiga. Brahma gave the brahmin some paper to start studying and writing. He gave the Baiga a tangiya, or a sickle. He also gave the Baiga some kodo and kutki grains and ordered him to start farming. From that day on, the Baigas have been farming, while brahmins focussed on getting educated.

Because there are over 500 tribes in India, and each one has a unique mythology, their mythology is often ignored when studying wider trends and patterns. They are often seen as being simpler, etiological (explaining causes), sometimes proto-history, but rarely having deep psychological insight. This could be the prejudice of the researcher or simply the nature of tribes, where the focus is less on introspection and more on ritual rhythms of life. It is easy to see the influence of Hindu lore on tribal mythologies, but the reverse flow is also true.

Stories of boars raising earth from the bottom of the sea found in Vedas could very well have tribal origins.