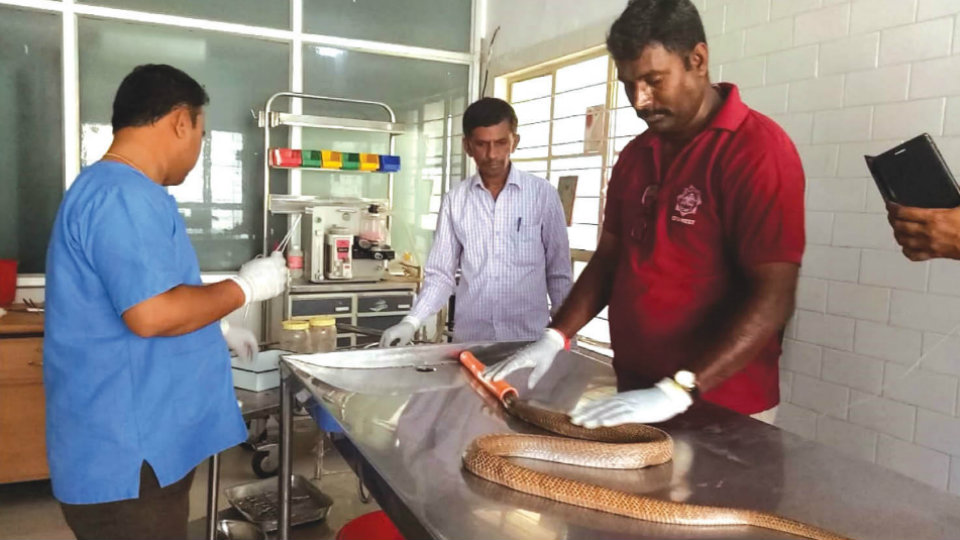 Mysuru:  A Cobra snake, which was injured after it came under a shovel of workers who were cleaning an empty place, was rescued, treated for injuries and released into a forest.

On Saturday, about 15 migrant workers from Odisha and Maharashtra, who had come to city for road asphalting works, were cleaning an empty place belonging to MUDA near Lalithadripura Outer Ring Road, during which, the Cobra came under the shovel of a worker and was injured.

Soon, one Chandru informed the matter to snake rescuer Kemparaju, who rushed to the spot and found that the snake was injured near its hood and stomach. Kemparaju, then took the snake to the Government Veterinary Hospital on Dhanvantri Road, where Veterinarians Dr. Tirumalagowda and Dr. Yashwanth treated the snake for its injuries. Kemparaju later released the snake into a forest.