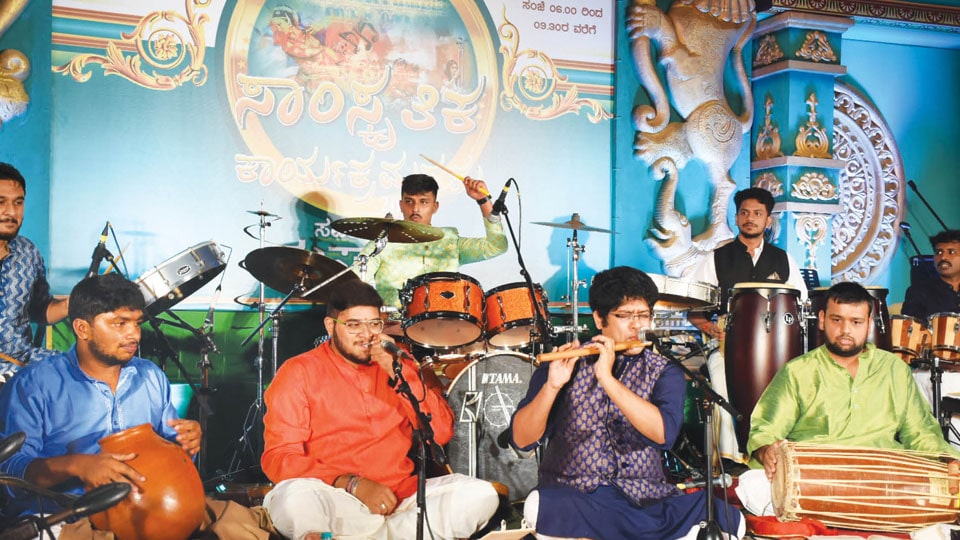 Dr. Shamitha Malnad was the cynosure of all eyes as she captivated the gathering by her ‘Swara Namana’. Dr. Shamitha was a treat to watch as she sang popular hits  from Kannada  movies featuring  top actors of yesteryears like Pandari Bai, Sarita, Jayanti, Bharati, Jayaprada, Madhavi and Jamuna. Singers Jogi Suneetha and Chetan Soska were the other star attraction as they dazzled the crowd with their melodious voice.

Child singer Tanvi G. Gowda too fascinated the crowd through her charmful singing. She rendered songs from the film ‘Gaanayogi Panchakshara Gawai’, which delighted the crowd and much impressed District Minister S.T. Somashekar, who was all praise for the child singer’s talent. Somashekar also felicitated all singers and other artistes who took part in the cultural programme.