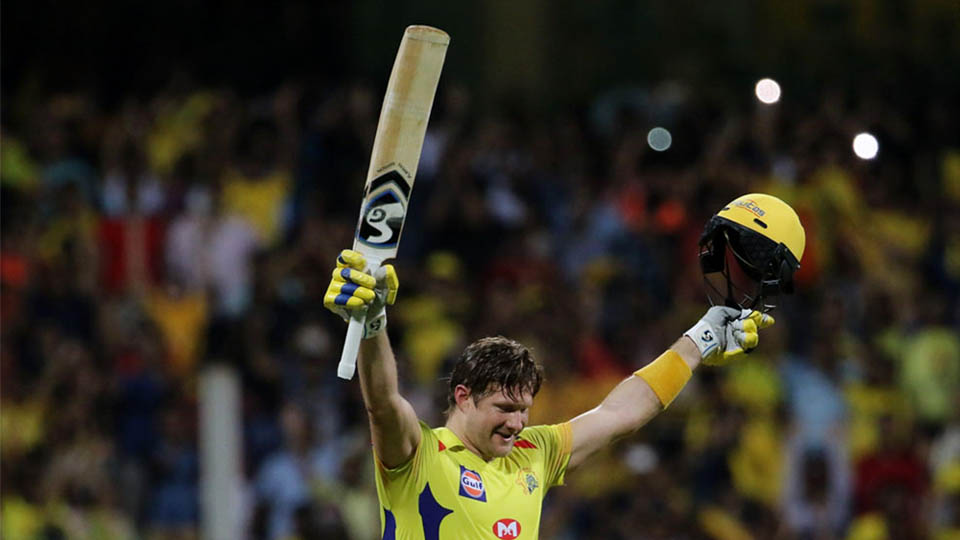 Former Australia all-rounder Shane Watson was back to his brutal best as he scored a scintillating 117 not out to help Chennai Super Kings clinch their third IPL title in front of a packed Wankhede crowd.

For his whirlwind match-winning knock, Shane Watson earned accolades from all around the world. Just after the title win, Chennai Super Kings captain M.S. Dhoni took to Instagram and posted a picture with his wife Sakshi, daughter Ziva and the coveted IPL trophy.

Apart from the picture, it was the caption that won many hearts. He gave a new name to the ‘Man of the Match’ Watson — Shane ‘ Shocking’ Watson.’

“Thanks everyone for the support and Mumbai for turning yellow. Shane ‘shocking’ Watson played a shocking innings to get us through. End of a good season. Ziva doesn’t care about the trophy, wants to run on the lawn according to her wordings,” Dhoni’s post read.