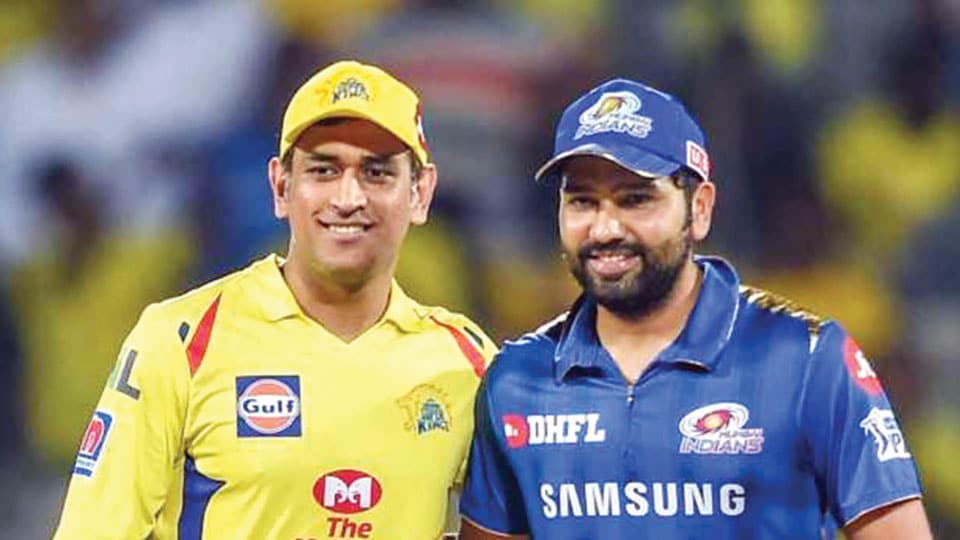 IPL 2021: CSK Vs MI in UAE leg opener this evening

A little over four-and-a-half months since the Indian Premier League (IPL) 2021 season was suspended owing to the COVID-19 second wave in India, the season is set to resume on Sunday, this time in the UAE.

The Rohit Sharma-led Mumbai Indians (MI), record five-time winners of the Tournament and Champions in the last two editions, will take on M.S. Dhoni’s Chennai Super Kings (CSK) on the opening day of the UAE leg at the Dubai International Cricket Stadium. When the season had been suspended in May, CSK were second in the IPL points table with 10 points from 7 games while the title holders were a couple of points behind in fourth.

Having won 4 of their 7 games, MI will look to bolster their playoff hopes with a win today, which will put them level on points with CSK. With skipper Rohit joining MI’s training after he completed a mandatory 6-day quarantine, having returned from the cancelled Manchester Test against England, the side has received a timely boost ahead of the UAE leg opener.

The Pandya brothers — Hardik and Krunal — could be key to MI’s chances in the remainder of the season while Jasprit Bumrah and Trent Boult will be expected to lead the attack. Rohit, Quinton de Kock, Suryakumar Yadav and Kieron Pollard, among others, will be expected to shoulder the team’s batting hopes.

For CSK, the target would be to continue from where they left in the first half of the season. Veterans M.S. Dhoni and Suresh Raina bring some serious experience to the batting line-up while Lungi Ngidi will hope to shine with the ball.

Ruturaj Gaikwad had an impressive first half of the campaign and expectations will be high from the 24-year-old batsman. Ravindra Jadeja and Shardul Thakur will be expected to contribute with both bat and ball.