Home » Voice of The Reader » More about David Syiem, our ex-Corporation Commissioner 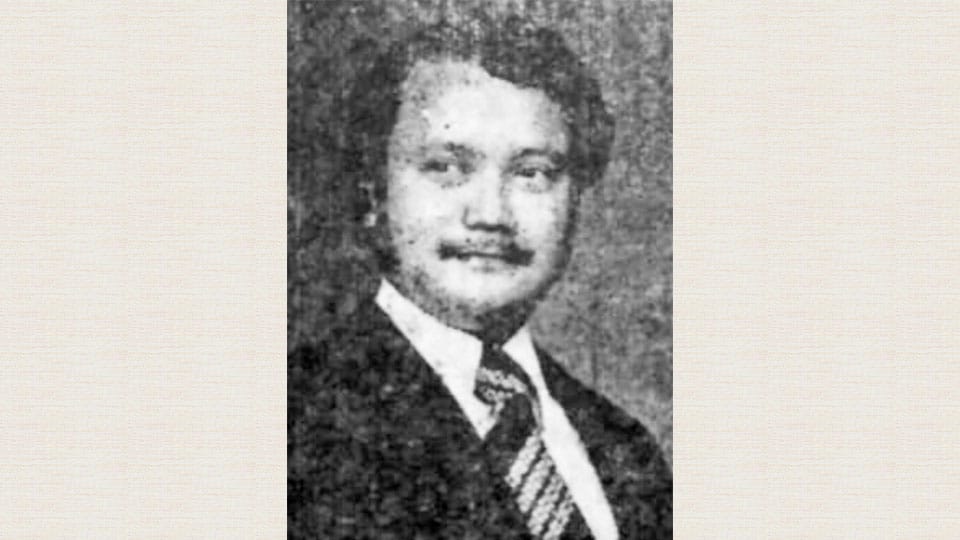 It was in February 1978, I got my new house in Gokulam 3rd Stage. I went to the Mysuru City Corporation and requested the officials there about fixing annual rental value and tax for my house and submitted my application.

I was advised to meet the concerned Revenue Inspector (RI). When I met him, he told me that he had to inspect my house personally. I took him to my house on the fixed day. He saw the house and told me that he would fix Rs. 1,000 as annual rental value and I should pay him Rs.100 for that favour.

I told him that I would meet him in the Corporation Office on a particular day. Then I thought why I should pay him for doing his official duty, and decided not to pay any bribe. Later I started going every week, and I was asked to go and meet the RI on Tuesday or Friday.

When I went on Tuesday, I was asked to go on Friday. Then it became a routine for me to go to the Corporation Office almost every Tuesday and Friday. It continued for about 3 months.

Then one day I met the Assistant Revenue Officer who expressed his inability to help me stating that the rental value had to be fixed by the concerned RI only.

Fed up with all this, I complained to the Revenue Officer who instructed the RI to attend to my work. But nothing happened for another 3 months.

Then one evening, I decided to meet the then Corporation Commissioner Mr. David Syiem. I wrote my name on a slip and sent inside. He called me immediately and told me that as the time was about 5.30 pm many staff would have left the office for the day. He suggested me to call him on phone the next day but I told the Commissioner that I would personally meet him the next afternoon.

I promptly went to the Commissioner’s Office and sent my slip. He asked me to sit inside and went out. After a few minutes, I heard noises of somebody shouting loudly in broken Kannada. I was surprised to learn that it was the Commissioner who personally went to the ground floor and brought the RI shouting at him.

The Commissioner was furious and told the RI to get my file in five minutes which he brought in three minutes saying that the file was lying at the bottom of a wooden box.

The Commissioner asked me for the size of the built-in area of my house. I told him 10 squares. He took some other file lying there and told me, ‘This house is of 8 squares and the rental value is fixed as Rs.800, your house is of 10 squares, so I will fix Rs. 1,000.’ That was Mr. David Syiem.

I felt very sorry when I came to know that Mr. Syiem met with a swimming pool accident and died. I frequently remember him even now after 40 years.

Voice of The Reader
IPL 2021: CSK Vs MI in UAE leg opener this evening
A fortune-teller reveals his secrets!