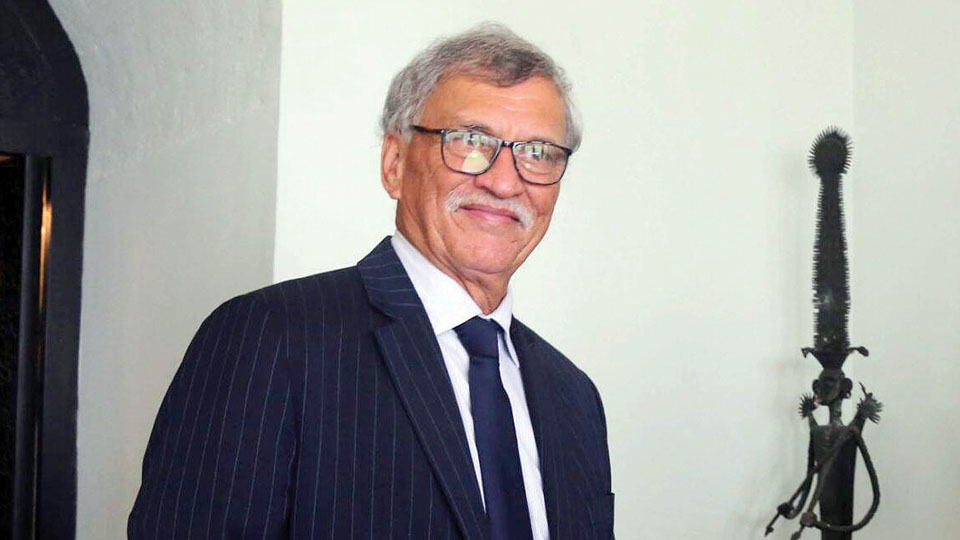 Mysore/Mysuru: Cricket stakeholders in Mysuru have welcomed the announcement of BCCI President Roger Binny that the IPL will spread to smaller cities like Mysuru, Hubballi-Dharwad and Belagavi.

“Franchise cricket is ready to make inroads into smaller cities. I am paying close attention to spectator facilities and comfort across stadiums in India. One of the reasons is the fact that franchise cricket, especially in the short format, is all set to spread its wings to smaller cities,” Binny stated at a press conference in Bengaluru recently.

Welcoming the statement, Arjun Ranga, Managing Director of N.R. Group and the sponsor of the Mysore Warriors Team told Star of Mysore this morning that it is a fantastic move to hold IPL in smaller cities like Mysuru.

“Mysuru at present has the Srikantadatta Narasimharaja (SDNR) Wadiyar Cricket Ground that has a good pitch. But it does not have much space to accommodate spectators for IPL matches that will be in the range of 20,000 to 25,000. I think once the new KSCA Stadium comes up in Mysuru, it will be a game-changer for this city,” he said.

“Cricket spirit-wise, Mysuru city is ideal to host IPL matches as we have seen a packed stadium during Mysore Warriors matches in the past and now there is good connectivity also through road, rail and air. A new stadium and IPL matches will give an international exposure for Mysuru and the region’s cricketing talent,” Arjun Ranga added.

KSCA Mysuru Zone Convenor S. Sudhakar Rai also hailed the BCCI move and said that people of Mysuru and the cricketing fraternity are eagerly looking forward to the conduct of IPL matches. “I think in two years from now, Mysuru will have an international-level stadium and Mysuru will be included in the international cricketing map,” he added.