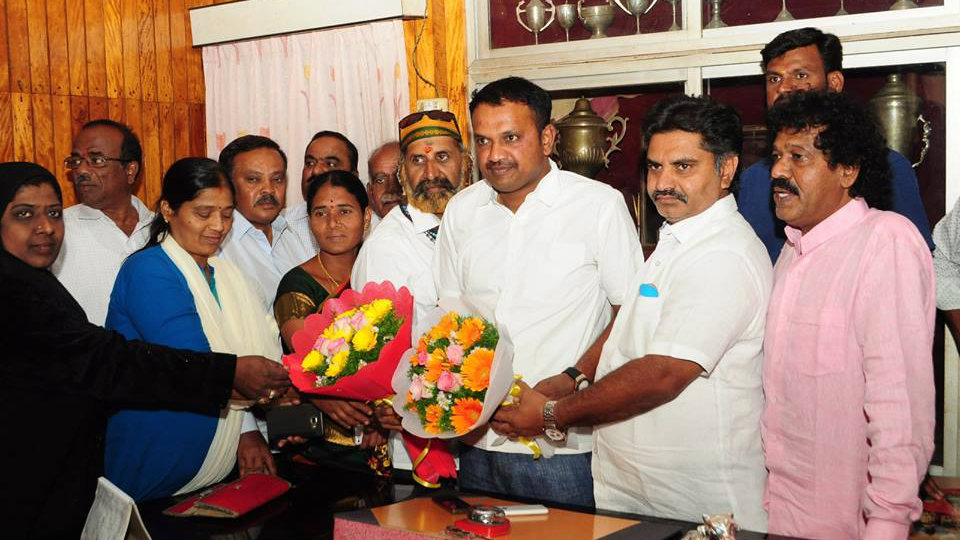 Corporator J.S. Jagadeesh has been elected as the Chairman of Town Hall Standing Committee at the election held at Mysuru City Corporation (MCC) Office here yesterday which was chaired by Mayor M.J. Ravikumar.

The Town Hall Standing Committee has seven members including Jagadeesh.

Speaking on the occasion, Jagadeesh said that efforts would be made to reserve Town Hall for public functions throughout the year and expedite the pending development works.

MCC
People not obliged to stand for National Anthem in cinemas: SC
Love not so in the air in Mysuru