Home » News » Jal Bhag, a Buddhist mask on display at IGRMS in city 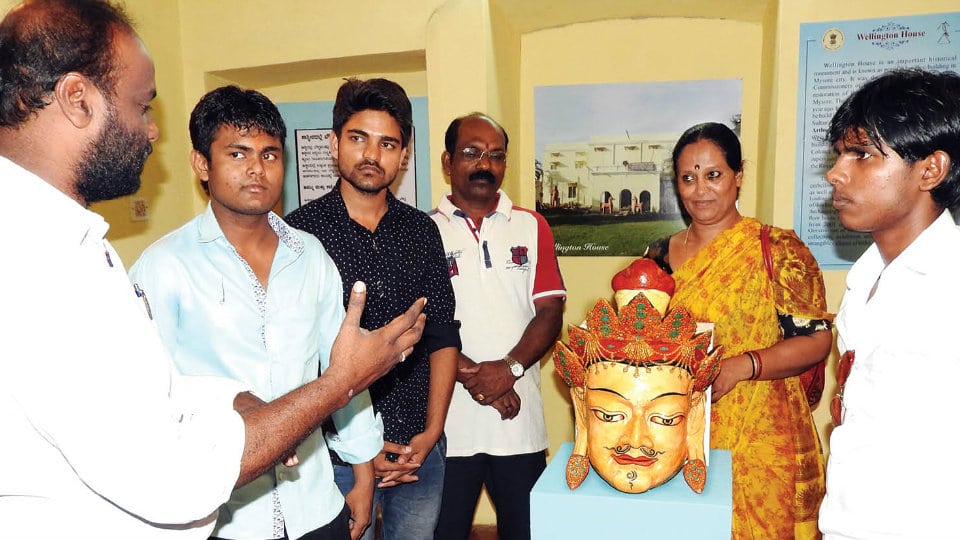 Jal Bhag, a Buddhist mask on display at IGRMS in city

Mysuru: Under the series Exhibit of the Month, the Indira Gandhi Rashtriya Manav Sangrahalaya (IGRMS), Southern Regional Centre (SRC), has displayed Jal Bhag, a Buddhist mask from Leh, Jammu and Kashmir at  IGRMS premises on Irwin Road in city.

The exhibit was inaugurated on May 6 by chief guest Radha Gowda and V. Ashok Vardhan, Museum Associate, IGRMS, Mysuru.

Jal Bhag is prominently used during rituals like dharmik puja in all the seasons. Usually the mask is placed in Buddhist Monasteries known as Gompas locally.

In Jammu and Himalayan regions, Buddhism and Hinduism are identified with syncretic belief systems. The usage of mask traditions indicates that it has ancient roots.  In this region, Buddhism is generally believed to have become dominant during the time of Emperor Ashoka although it was widespread there long before his time. The religion enjoyed the patronage not only of the Buddhist rulers but of Hindu and early  Muslim rulers too. 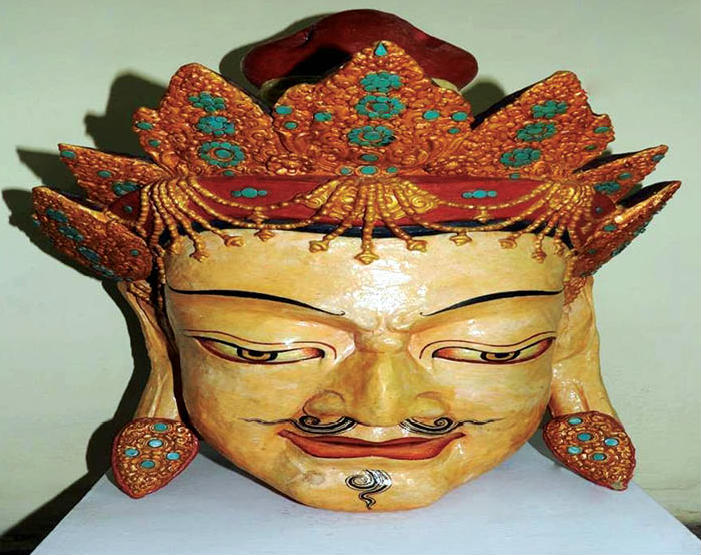 The mask culture in this region can be categorised into three types which depict deities, heroes and comic characters. The classical masks often depict figures from the Buddhist pantheon including ferocious defenders of the faith such as Mahakala. The village masks often incorporate elements from the classical Hindu and Buddhist traditions.

In India, the earliest reference to the use of mask was found in rituals and dances probably to communicate with nature and ancestral spirits. The masks are believed to be sacred and have spiritual power that they are considered to be alive.

The mask is normally a part of costume that adorns the whole body and embodies a tradition important to be socio-religious life of community. The Chhou and Gambhira mask dance of West Bengal, Cheriyal mask performance of Telangana, Puli mask dance of Andhra Pradesh, Somana Kunitha mask performance of Karnataka are some of the examples of Indian mask cultures. The masks are made of wood, paper, cloth, clay and metal. In the respected communities, the mask performers appear as story-tellers and mediators between humans and Gods.

The IGRMS, Bhopal had displayed a number of masks from India, in visual storage section at Veethi Sankul. The IGRMS, Mysuru, had organised an exclusive exhibition on Mukhavada (Mask of India) in 2013.