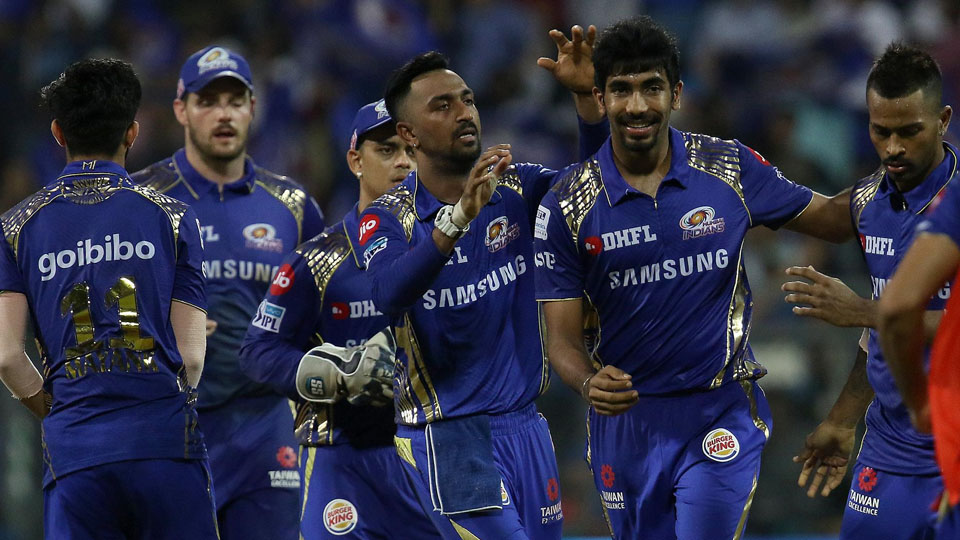 Chasing 187 to win, Rahul blasted 10 fours and three sixes in his 60-ball 94-run innings and shared a 111-run second wicket partnership with Aaron Finch (46) to take Punjab to the brink of a successful run-chase but Bumrah scalped three wickets in his second spell to derail the chase.

Mumbai Indians thus registered their sixth win to join Kings XI and Rajasthan Royals at 12 points in the table.

Kings XI were comfortably placed at 145/1 in 16 overs when Bumrah came back to bowl his second spell and Bumrah removed Finch and Marcus Stoinis (1) before dismissing Rahul in the 19th over.

Jasprit Bumrah was chosen as the ‘Player of the Match.’