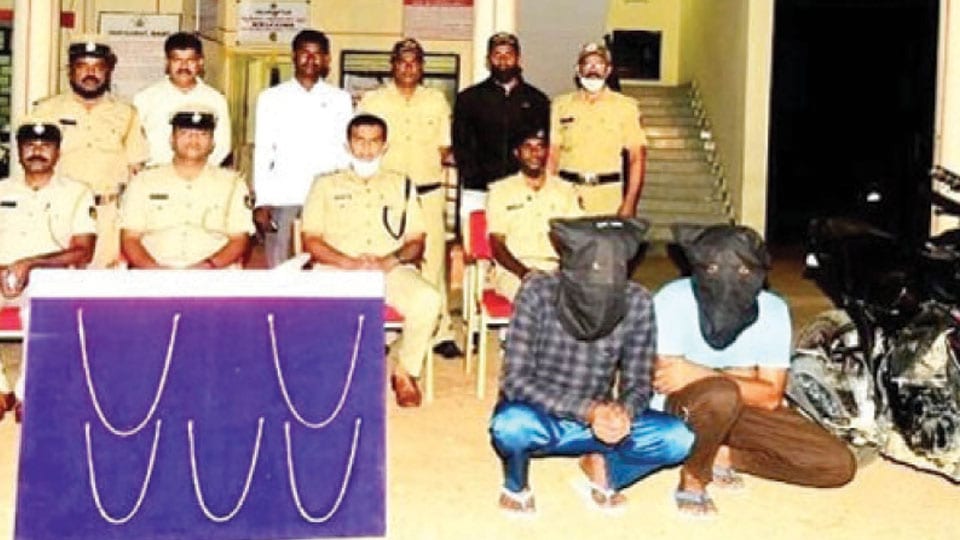 The arrested are 28-year-old Sunny Donald of R.S. Naidu Nagar and 22-year-old Kiran of Hinkal.

The Police, who took custody of the duo when they were moving around in a suspicious manner at Mandi Mohalla at about 8 am on Sept. 17, interrogated them at the Police Station, during which the accused are said to have confessed of snatching a gold chain from a 74-year-old woman at Somanathanagar on Aug. 20.

Following the arrest, the Police have solved two chain-snatching cases each at Jayapura and Mysuru South Rural Police Stations and one case at Varuna Police Station. The accused were produced before a Court, which remanded them to judicial custody.