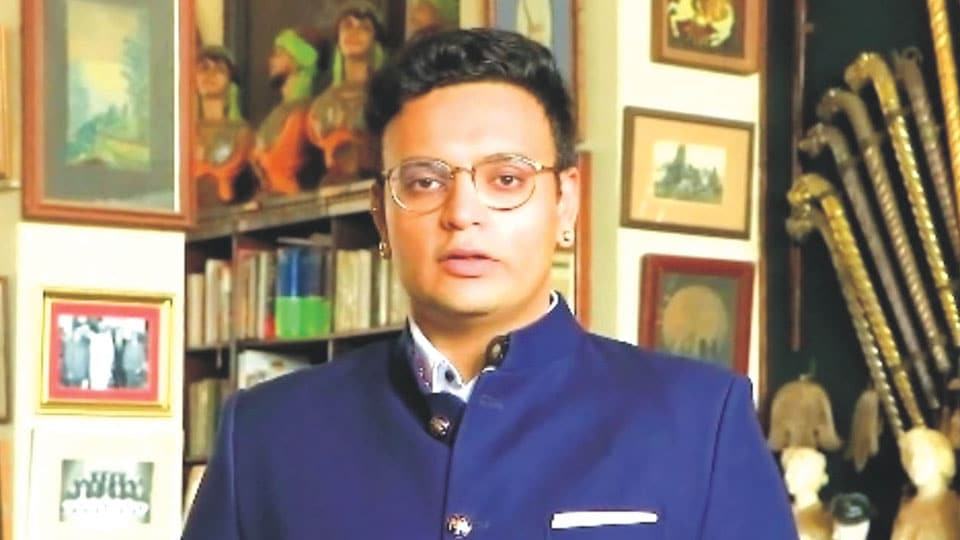 Mysore/Mysuru: On the second day of the webinar series yesterday evening, titular head of the Mysore Royal Family Yaduveer Krishnadatta Chamaraja Wadiyar spoke about Dasara celebrations by the royal family, elephants which had participated in Dasara and also about the favourite elephants of the erstwhile Kings.

Continuing, he said that Biligiriranga was 12 ft. tall and was captured in Kakanakote Forest, which was followed by Airavatha, who stood at 11 ft. and added that two elephants Murthy Prasad (11 ft.) and Gajendra (11.4 ft.), were the only two elephants from outside Karnataka, which were brought from Bihar. Another elephant Hamsaraj, was used during Gajapuja.

Yaduveer said that after the death of Chamundi Prasad, elephants Rajendra and Drona had successfully carried the Golden Howdah during Jumboo Savari and added that Drona was named after Dronacharya, as he had the ability to learn fast and guide other elephants.

The uniqueness about Drona was that it used to twitch its muscles and correct the position of the Golden Howdah, in case the howdah tilted, Yaduveer said and added that Drona was electrocuted during grazing besides stating that a State mourning was observed to mourn its death.

Those who wish to join the webinar may log no to the link https://tinyurl.com/y3ml394a