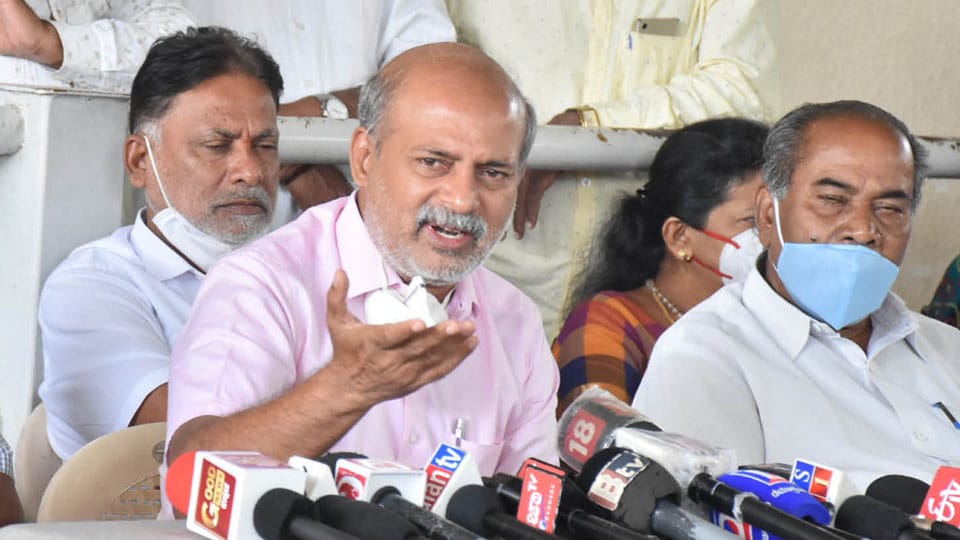 JD-S offers ticket to G.T. Devegowda and his son

Mysore/Mysuru: JD-S leader S.R. Mahesh has said that he will ensure party tickets to both G.T. Devegowda and his son G.D. Harish Gowda in case they agree to contest from JD-S in the forthcoming Assembly elections next year.

He made this public offer during a press conference held at Patarakartara Bhavana on Friday. Pointing out that GTD is still in JD-S and an MLA of his party, S.R. Mahesh offered to talk with his party leaders in connection with giving party tickets to GTD and his son in case GTD decides to continue in JD-S.

“In Chamundeshwari, GTD is the sitting MLA and in Hunsur our defeated candidate in the last election Somashekar is organising the party and is an aspirant of JD-S ticket from there. But in case GTD wants ticket for his son from Hunsur, I will convince Somashekar to withdraw and also my party leaders to ensure ticket for Harish. Both father and son will get opportunity to contest from JD-S,” assured Mahesh.

“Siddharamaiah tasted defeat in his home Constituency despite completing his full tenure as State Chief Minister. Even though election to the State Assembly will be held next year, he is in no position to say from where he is to going contest. We will see that an ordinary party worker will win against Siddharamaiah. He should not forget that JD-S is also responsible for his political growth,” concluded Mahesh.