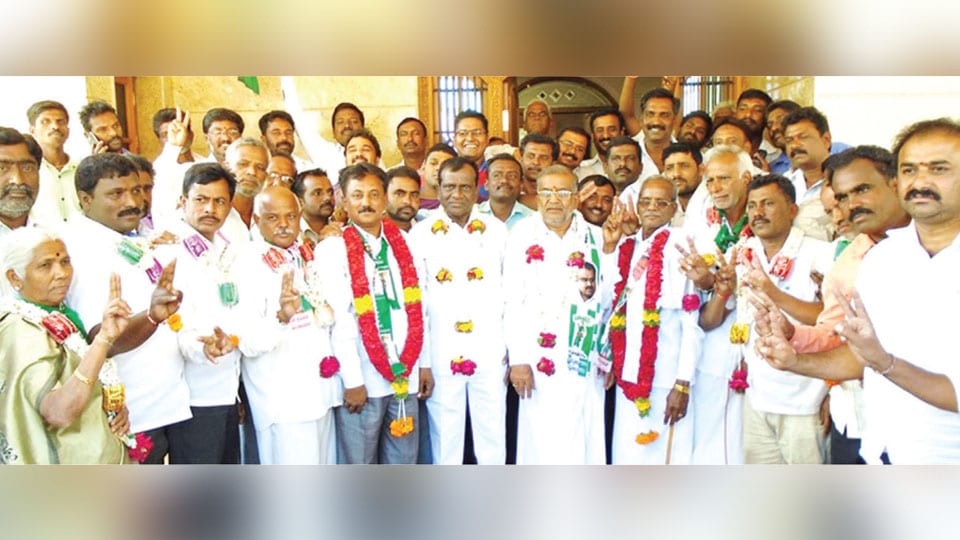 Making inroads into Congress strongholds in the district, the JD(S) has bagged the Hunsur APMC President’s post in the election held yesterday. JD(S) candidate Nagamangala Kumar won the post by defeating Hanagudu Shivanna of the Congress by one vote.

Nagamangala Kumar bagged 9 votes as against 8 by his Congress rival Hanagudu Shivanna.

The Hunsur APMC has 17 members. However, the Congress bagged the Vice-President’s post, with its candidate Lalitha Chowda Nayaka defeating Basavarajappa of the JD(S) by one vote.

The Congress had 9 members including 3 nominated members while JD(S) had 8 members in the 17-member APMC.

JD(S) MLA G.T. Devegowda played a key role in the party candidate winning the President’s post, by coming up with a game plan to defeat the Congress candidate.