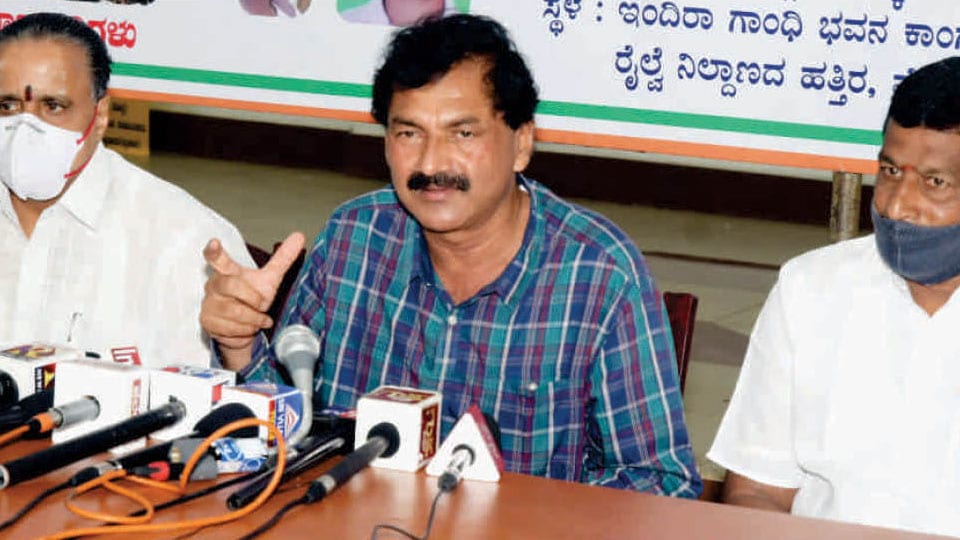 JD(S) has no gratitude: M. Lakshmana

Mysore/Mysuru: Karnataka Pradesh Congress Committee (KPCC) Spokesperson M. Lakshmana has alleged that the JD(S) has no gratitude for the favours it has received from the Congress party.

He made this allegation while speaking to press persons at Congress Bhavan yesterday.

“Elections are being held for the Rajya Sabha (RS) seats from Karnataka on June 10 and the JD(S) is acting like a B team of BJP in this election. During the last RS election, Congress supported H.D. Deve Gowda and sent him to RS but JD(S) has no gratitude for that gesture. Congress also supported H.D. Kumaraswamy to become the Chief Minister. He enjoyed power for 16 months because of Congress support. He also has no gratitude and is criticising the Congress, thereby indirectly supporting BJP,” he alleged.

Lakshmana said that RSS has given ‘supari’ to Pralhad Joshi, C.T. Ravi and Pratap Simha to criticise former CM Siddharamaiah and claimed that the Congress party will win the second RS seat also as both BJP and JD(S) voters will cast their second preference votes in favour of Congress candidate Mansoor Khan. He also advised JD(S) to be grateful for the past support and help Mansoor Khan now.

“Chairman of Textbook Revision Committee Rohith Chakrathirtha had defamed Jnanpith Awardee Kuvempu and Basavanna first and now he is criticising other writers. BJP is ready to defame anybody for power,” he opined and said that CM Basavaraj Bommai is giving evasive reply promising action.