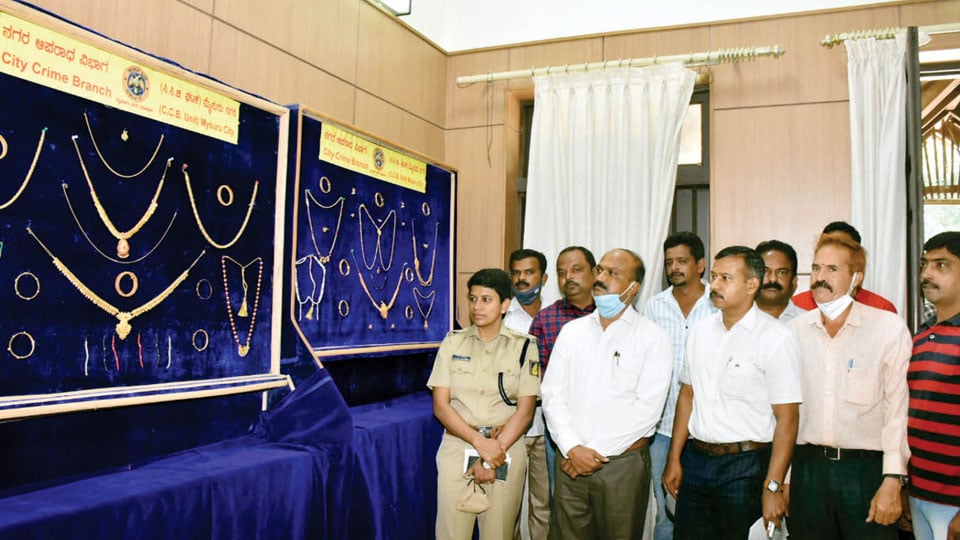 Following reports of increasing house burglaries in and around city, City Police Commissioner Dr. Chandragupta had formed a special team led by CCB Assistant Commissioner of Police (ACP) V. Mariyappa comprising Inspector R. Jagadish and staff to trace the accused and arrest them.

On Nov. 1, the CCB Police team found two persons moving near a jewellery shop on Ashoka Road in a suspicious manner and took them into custody. Upon searching their baggage, the Police found gold ornaments and as they failed to provide documents and give satisfactory reply, they were arrested.

The arrested are 38-year-old Lingaraju, a resident of RMC Yard on Nelamangala Bypass Road at Kunigal in Tumakuru district and 40-year-old Syed Nawab, a resident of Panchakshari Nagar in Hubballi. It may be recalled SOM had published a news item titled ‘Beware of burglars who steal through windows’ on Nov. 9, 2018.

During interrogation, the accused are said to have confessed of breaking into a house at Saraswathipuram 7th Main, 5th Cross in July and had decamped with gold jewellery. The accused have also confessed of robbing a purse containing gold bangles from a house at Bannimantap in November 2018 and a photo of CCTV footage of the burglar was published in SOM.

They (accused) told the Police that they had pledged the stolen gold ornaments at Hubbali, Tumakuru, Bengaluru and Mysuru and based on the information provided by them, the Police have recovered 1.439 kg gold. The accused were produced before a Court on Nov. 2 and Police took them into their custody for further investigation.