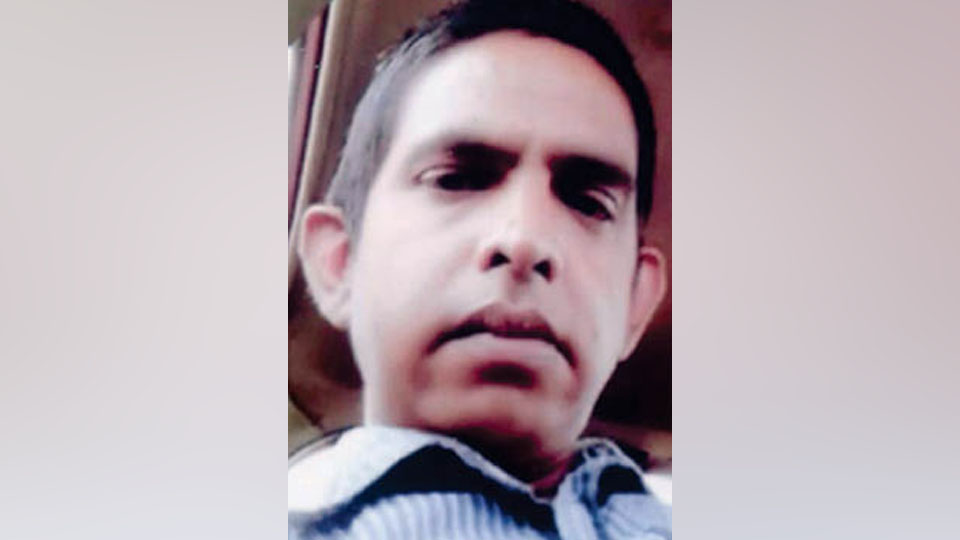 Mysuru:  A textile and jewellery trader from Periyapatna taluk has gone missing after sending a video message on WhatsApp to his wife on July 8. A missing complaint has been lodged by his wife at Periyapatna Police Station. According to the complaint filed by Sunitha, her husband 38-year-old Sukhlal alias Suresh was running Parveen Textiles and Jewels at Ravandur near Periyapatna.

On July 7, Sukhlal told Sunitha that he had to go to Mysuru to attend a Court matter and left home at around 8 am. She told the Police that on the same day, she had called her husband in the afternoon and he told her that he was in the Court.

Sunitha told the Police that her husband failed to return home on that day and the next day, she desperately searched for him at relatives’ places but failed to trace him.

“On July 8, at about 4 pm, my husband sent a video message through WhatsApp and told me that he owed Rs. 11 lakh to one Swamy Master and that Master had staked claim on   his shop and godown and also had promised to give my husband the remaining money after deducting the amount due to him. However, he had failed to keep the promise,” she stated in her complaint.

“My husband told me that I should leave my children to orphanage,”   Sunitha has stated in her complaint. Sunitha has four children. While the oldest is 10 years old, the youngest is just a year old. The other two are aged nine and six years respectively.