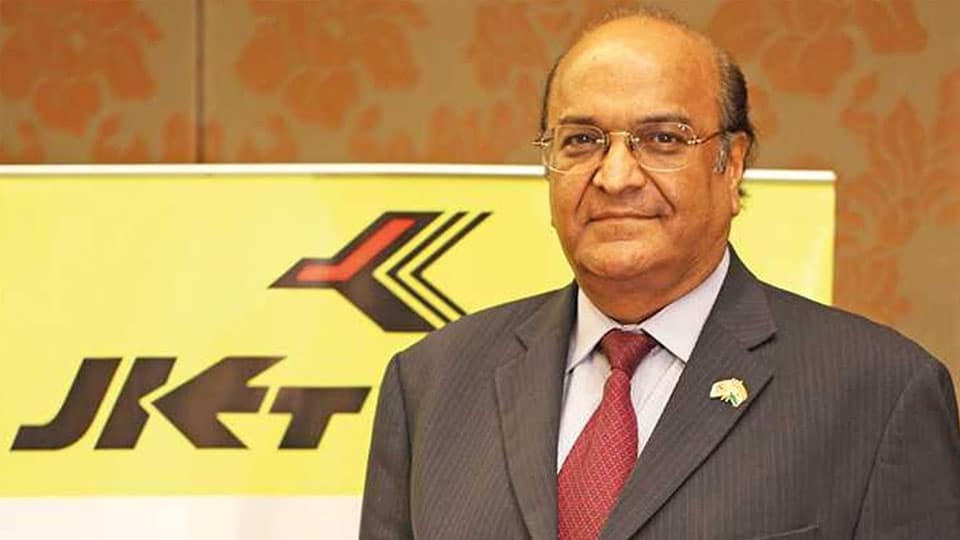 New Delhi: Indian tyre industry major JK Tyre & Industries Limited (JKTIL) has announced its results for Financial Year (FY) ending 31st March 2019 and stated that sales registered at Rs.10,370 crore for the year grew by 24 per cent. The factory has a presence in Mysuru at Metagalli.

While Operating Profit for the year at Rs. 1,196 crore was 35 per cent higher. The statement also added that PBT (Profit Before Tax) for the year was Rs. 270 crore on a consolidated basis. While Q4 sales at Rs. 2,706 crores grew by 18 per cent over the corresponding period.

Dr. Raghupati Singhania, Chairman and Managing Director of the Company said, “FY19 was indeed a landmark year for the company. JK Tyre sales crossed the Rs.10,000 crore-mark while achieving a robust growth of 24 percent over the previous year, surpassing the industry growth. Despite Q4 profitability being impacted due to high raw material prices, the operating margins for the year as a whole increased by 35 percent.”

JK Tyre volumes grew by 20 percent despite a slowdown in the automotive sector in the second half of the year. The Company could enhance its market presence across categories, led by the high capacity utilisation of Cavendish, the recently acquired subsidiary of the Company. This also resulted in higher PBT for the year.

Dr. Singhania in a statement added, “The Company continues to maintain its leadership position in India’s Truck/Bus Radial tyres segment. Capacity expansion of truck/bus radials undertaken at Cavendish will help the Company further bolster its position in this segment.”

Furthermore, the sales of 2-3 wheeler segments grew by over 40 percent and the Company has established itself as a recognised player in this segment as well, which it entered only recently.