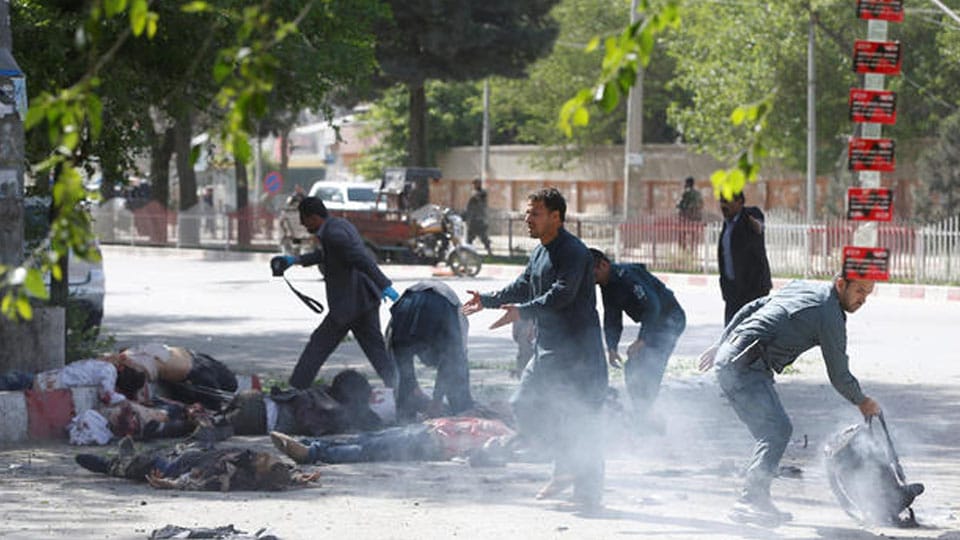 Journalists among 21 killed in twin suicide blasts in Kabul

Ministry Spokesman Wahid Majroh said that at least 27 people were wounded and rushed to hospital, warning that some were in critical condition and the toll could yet rise.

The first bomb was detonated by an assailant on a motorcycle and left at least four dead and five injured, according to the interior Ministry. The second explosion came minutes after the first blast which was targeted at reporters at the scene.

Police Spokesman Kabul Hashmat Stanikzai said that the bomber, who had disguised himself as a journalist detonated himself among the crowd. He confirmed that journalists had been killed, but said he did not know how many.

No group has claimed responsibility for the attack, which occurred near the headquarters of the Afghan Intelligence Services, the Interior Ministry said.