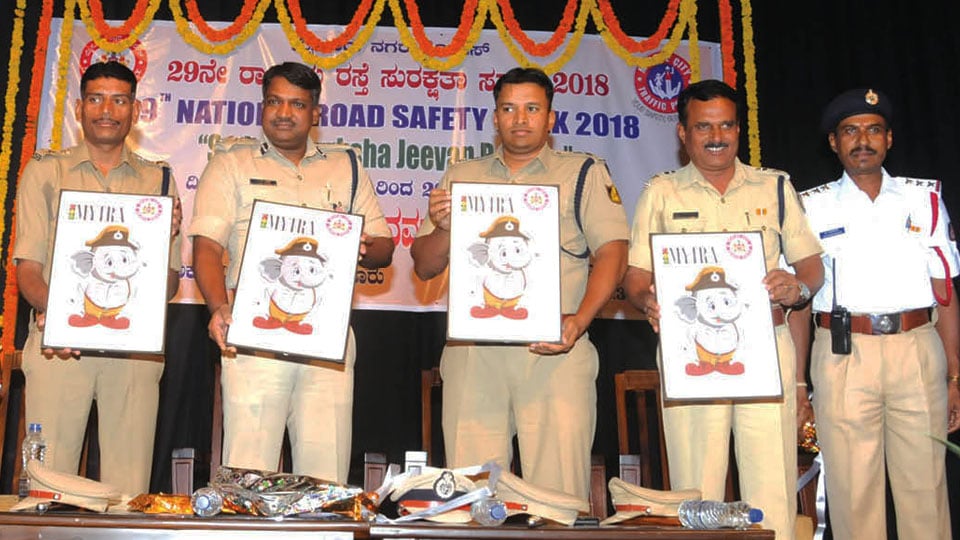 The logo was launched yesterday during the valedictory of the 29th National Road Safety Week at Karnataka Police Academy (KPA) auditorium  in Nazarabad.

Speaking after launching the logo, City Police Commissioner Dr. A. Subramanyeswara Rao said, “In the present day, the way people perceive the Traffic Police is very different and it is mostly in the negative light. The very words Traffic Police means ‘Vasooli’ (to collect bribes).

Even though we impose fines on people violating traffic rules and collect them, we are still looked at with suspicion. Hence, we are trying to project Traffic Police as people-friendly by launching this logo.”

It is not only the Traffic Police but the Police from other Departments should also take a oath to be people-friendly. “In the coming days, the Police who are working in the Traffic Department will be selected after they pass an entrance test,” he said.

On the occasion, prizes were distributed to the children who had participated in various competitions organised as part of Road Safety Week.

Hootagalli’s Ramesh and Diwakar, who had assisted the Police during accidents and KSRTC drivers M. Shamsunder, B.S. Raghuram and M.K. Kumaraswamy were felicitated for their anti-accident driving.